The second film in the Star Trek revamp warp-speeds through the universe, bringing intense action scenes, futuristic fashions, and even Vulcan-human bonding. In terms of blockbusters, this film may just keep on trekking all through the summer. 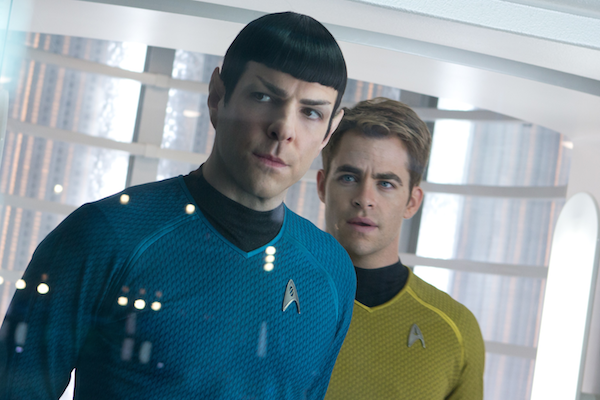 Star Trek Into Darkness opens in a red forest on a strange planet, with even stranger humanoid creatures. The Star Fleet has been sent to this mysterious world to ensure the safety of its inhabitants. When it looks like the entire planet is in peril, good old logic lover Mr. Spock (Zachary Quinto) risks his life to delve into the center of the magma-filled crater and take action. His plan works, but angers his captain, James T. Kirk (Chris Pine), and his doting girlfriend, Uhura (Zoe Saldana) because they have to go against protocol to rescue him.

Exclusive clip: Love is in the air for Star Trek Into Darkness >>

This event begins the exploration of one of the film’s themes, logic versus emotion. Can Spock ever fully integrate into the human realm or is he doomed to be a half-Vulcan, half-human computer?

Check out exclusive photos from Star Trek Into Darkness! >> 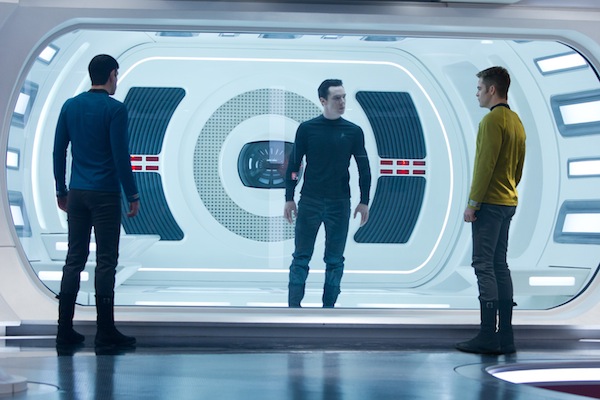 Before he can find the answer, Spock and Kirk are faced with a new enemy — a man named John Harrison (Benedict Cumberbatch) who’s not past intimidating the Star Fleet with acts of terror. Armed with 72 highly unusual missiles, a stowaway weapons expert named Dr. Carol Marcus (Alice Eve), the Enterprise engages in a cat and mouse game that leads them to the hostile Klingon planet. Nearly igniting war with the Klingons, they find Harrison and much to Kirk’s surprise, Harrison surrenders. Harrison is now on board the Enterprise — for better or worse.

Both Harrison and Dr. Marcus are hiding their true identities, making for some exciting twists and reveals all throughout the story. The action sequences in this movie are breathtaking and make solid use of the 3D. I literally ducked in my seat several times to avoid magma and space junk. 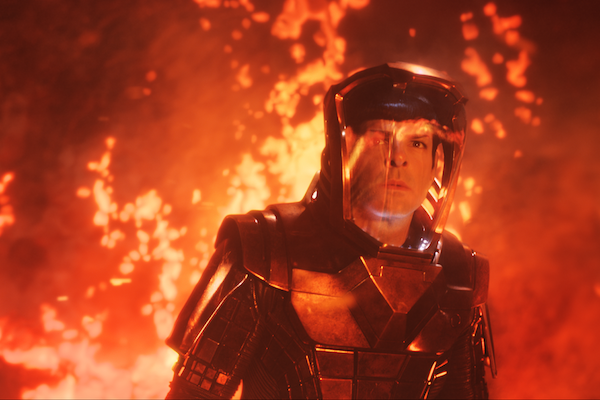 An old trekkie from the TV days makes an appearance to the delight of old-school Star Trek fans and cleverly mind-melds 1982’s Star Trek II: The Wrath of Khan with today’s modern take on the franchise.

Quinto and Pine explore their friendship to new ends, but it’s British actor Cumberbatch who steals the show with his moody intensity and ability to dominate Captain Kirk.

Bottom line: In a summer of smash-up, crash-up flicks, this movie soars above the rest. See it in 3D if you can, you’ll be grateful you did. Enjoy!