Between Baz Luhrmann’s movie of The Great Gatsby starring Leonardo DiCaprio, which is out now, and the myriad of books out this spring starring the glamorous Zelda Fitzgerald, Gatsby fever is sweeping the nation. Whether you loved the book before it blew up or recently read it in preparation for the movie, get yourself psyched for F. Scott’s best-known work with our super-fun The Great Gatsby trivia quiz. Answers are on the next page. 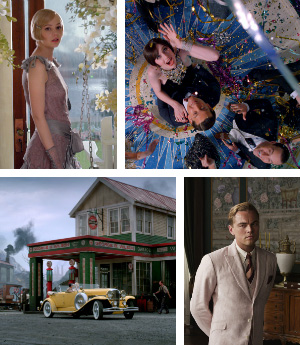 Which character is given this advice? “Whenever you feel like criticizing anyone,” he told me, “just remember that all the people in this world haven’t had the advantages that you’ve had.”

Where is Nick from?

Where do Nick and Gatsby live?

How is Nick connected with the Buchanans?

At their first dinner together at Daisy and Tom’s home in East Egg, what does Daisy say that Nick reminds her of?

What does Daisy hope for her daughter?

Why does Gatsby stare at the green light across the water?

What looms above the road between West Egg and New York?

What is Tom’s girlfriend’s name?

What does her husband do?

What is the first rumor Nick hears about Gatsby?

How does Tom react when his girlfriend insists on saying Daisy’s name?

How does Nick end up at Gatsby’s party?

What does Nick believe is his great cardinal virtue?

How do Gatsby and Daisy meet again?

What is Gatsby’s real last name?

For what is Meyer Wolfsheim infamous?

What color is Gatsby’s car?

Who was driving the car that killed Tom’s girlfriend?

Besides Nick and Gatsby’s father, who shows up at the funeral?

Up next: Get the answers >>