Is Harry Connick Jr. headed to the American Idol judges’ table for Season 13? He confirms he’s been asked by the producers, but don’t get your hopes up just yet. 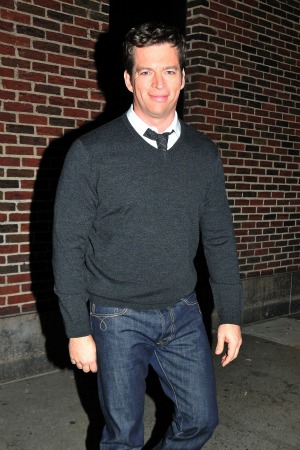 The rumors about American Idol weren’t rumors after all. It looks like there’s going to be a shake-up at the judges’ table on the singing competition show for next season. E! News is reporting that Harry Connick Jr. has been asked about appearing on the show for Season 13.

Last week, The Hollywood Reporter broke a big story that Jennifer Lopez had been approached to replace Mariah Carey mid-season to put an end to the free-falling ratings. While that move didn’t pan out, Lopez is scheduled to perform on the season finale May 16.

On Thursday, Carey’s fellow judge Nicki Minaj took to Twitter to slam the “Hero” singer, calling her “bitter” and “insecure.” The feud began on the previous night’s Idol episode when Carey snidely commented, “Not everybody has a No. 1 record.” Perez Hilton pointed out the dig and a social media rant by Minaj began.

Clearly, something isn’t working over on the American Idol set and the producers are looking for a change. Now that Connick has been approached, the official watch on who’s coming back versus who’s leaving begins.

The New Orleans-born singer told E! News after his Thursday night appearance on the show, “It’s a fun show. It’s been talked about before, who knows what’ll happen in the future. What I’ve done thus far on the show has been really fun, so I’ve had a great time. You know, they kinda wanted to know if I would be interested in it.”

The crooner has not made any commitment to next season, but he definitely understands what it takes to be a judge on the competition show.

The one tricky thing for AI producers to get around is Connick’s schedule. He has a new album dropping on June 11 and then he’s headed out on tour to support the new release.

Connick said, “I’m going on tour this year so, like, when would I do it? It’s that kind of thing.”

It sounds like fans shouldn’t get their hopes up that he’ll be at the AI judges’ table for Season 13, but it definitely sounds like producers have a few vacancies to fill.