It’s common knowledge that pop starlet Katy Perry got her start singing in church. Father Keith Perry proves he’s not happy about his progeny singing away from the stained-glass windows. 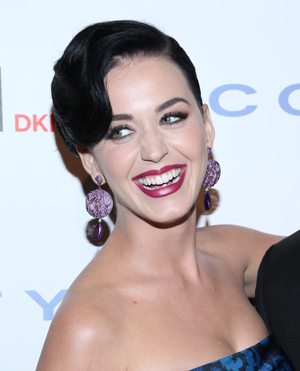 Katy Perry‘s parents want your cash. And they’ll use it to go on preaching against their “devil child” of a daughter.

U.K. paper The Sun reports that Katy’s parents, Keith and Mary Perry, are on a tour of American churches as “star speakers,” whatever that means.

Apparently in their stage show, Keith and Mary show a video that makes the young Ms. Perry out to be a “devil child” in need of “healing.”

The Sun quotes a sermon Keith delivered in Santa Fe Springs, California, in which Katy’s dad addressed his famous daughter and her first hit song, which apparently horrified the family: “They ask how I can preach if I produce a girl who sang about kissing another girl?”

He also spoke of an epiphany he had at one of his daughter’s concerts: “I was at a concert of Katy’s where there were 20,000. I’m watching this generation and they were going at it. It almost looked like church.”

It struck him so that he cried. But with all the 11-year-old girls weeping when Perry sang the chorus of “Firework,” he probably didn’t stand out much.

“I stood there and wept and kept on weeping and weeping,” the Sun quotes him as saying. “They’re loving and worshipping the wrong thing.”

Say, what do you think dad thought about the whipped cream-shooting bra?