A murder reopens the case of The Chesapeake Ripper, one of the most violent serial killers Jack and his team have investigated. In his search, Jack will solve an important mystery he’s been waiting two years to uncover. 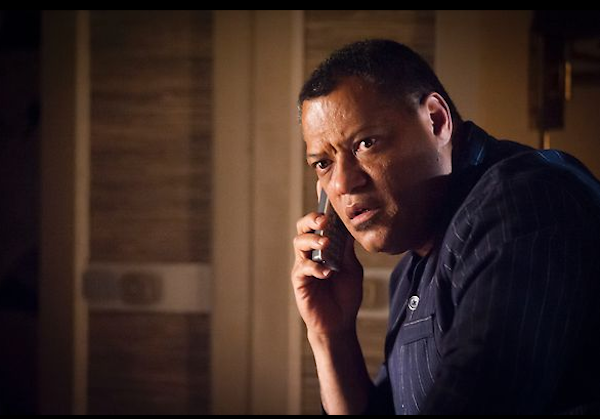 The Chesapeake Ripper is on the loose again… or is he? That’s the enigma that plagues Will and Jack in the latest episode of Hannibal.

The Ripper is a killer responsible for several gruesome murders that involve gouging out eyeballs and sticking sharp poles into various parts of the body. He is, by far, the most disturbing murderer in the series.

After a nurse is attacked by psycho Dr. Gideon (Eddie Izzard) in an insane asylum and murdered the same way all the other victims were, the case of the Ripper (who has been off the map for two years) appears to finally be closed. Dr. Gideon must be the elusive Ripper, especially since the murders stopped right after he was put away for murdering his whole family. Hey, the holidays are a very stressful time.

There are two problems keeping this from becoming a closed case. 1) Will (Hugh Dancy) doesn’t think it “feels” like the Ripper. And, let’s be honest, Will’s feelings are normally spot on. His mind and hallucinations not so much, but his feelings have been pretty trustworthy. 2) Jack (Laurence Fishburne) keeps getting phone calls from the real Ripper and they aren’t coming from the asylum.

A couple of years ago, Jack was mentoring an FBI trainee, Miriam. She had some leads she was following and believed the Ripper was actually a doctor. During her investigation (which she probably should not have been conducting), she became the Ripper’s last victim, but her body was never found. Now, Jack’s getting phone calls with a recording of Miriam’s voice. They trace one call and find a cell phone attached to Miriam’s severed arm.

Now, two things are known for sure. Miriam is officially dead and the Ripper is not Dr. Gideon. He’s a crazy man who is still on the loose.

So who might this crazy mass murderer be? Well, it’s Dr. Hannibal Lecter (Mads Mikkelsen), of course! One of Miriam’s leads led her straight to Lecter’s office where she figured out who he was and he killed her. The worst part is that Jack is opening up to the good old doctor about his feelings about losing Miriam and possibly losing his wife. The whole time he has no idea he’s emotionally opening up to the most devious mind known to the FBI.

This does present a huge question, however. What kind of serial killer is Hannibal? He is The Chesapeake Ripper, but he also kills in other ways. He doesn’t have just one pattern or style or victim. He isn’t typical. Will they find a word for what he is? Or is that word simply “evil.”