Remember the days of Singled Out? MTV is returning to its dating roots with Girl, Get Your Mind Right! It’s a new reality show aimed at helping young women clean up their love lives. 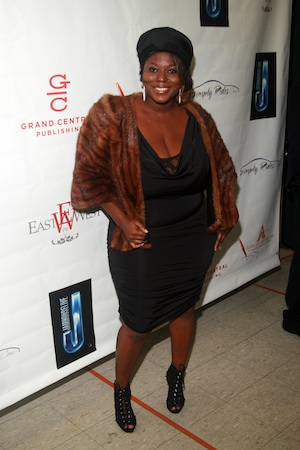 MTV has picked up a relationship-centric reality series starring author and romance expert Tionna Smalls. Some of you may remember her from VH1’s What Chilli Wants. It was there that she tried to set up the TLC songstress with the man of her dreams.

These days, Smalls is taking her advice and applying it to regular folk. Girl, Get Your Mind Right! is a half-hour dating show with a “hidden camera element.” It follows Smalls as she counsels young women on the dos and don’ts of relationships.

The Hollywood Reporter writes, “In each episode, Smalls will assess their particular problem and confront it head on, whether it’s the men in their lives or their own personal hang-ups.” The young women will also receive makeovers and pointers on their behavior and attitude.

After they’re put through the wringer, Smalls will send them out on dates. She will watch via hidden camera how the dates progress. Unlike most shows on MTV, Girl, Get Your Mind Right! isn’t a weekly program. MTV plans to air it daily Monday through Thursday for five weeks straight.

Tony DiBari, Senior VP of MTV’s Series Development, believes Smalls is the perfect person to headline the show (via The Hollywood Reporter):

“Tough love, especially with a comedic tone, is something our audience is craving right now,” DiBari says. “They’re looking for guidance and boundaries from someone other than their parents. We felt the combination of the genre and the personality like Tionna, who is so unique, made a lot of sense for us.”