The play based on the music of the Spice Girls has been open for less than six months but is already closing. 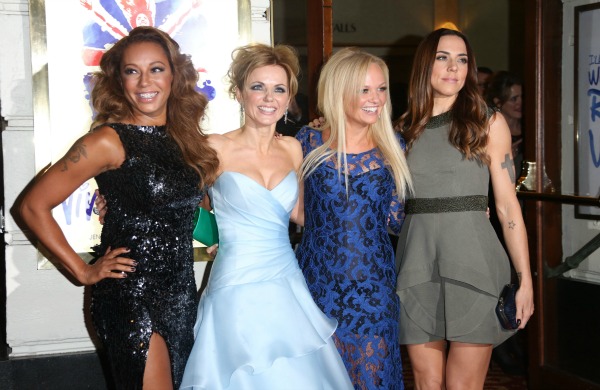 The Spice Girls’ excitement over the new musical Viva Forever has quickly been extinguished, as the show has been canceled after only a few months.

According to the Daily Mail, the show has lost millions since it opened in November (losses are expected to be more than $7.7 million by the time it closes its doors). The news was broken to the cast after Wednesday’s show. Besides all the people losing their jobs, the Spice Girls themselves may be the most upset about the news.

“Absolutely devastated our wonderful show is closing,” Melanie Chisholm tweeted after the announcement. “Thank you to our brilliant cast and everybody who made the show so incredible.”

Emma Bunton echoed the sentiment, tweeting, “I am totally gutted that our wonderful show @vivaforever is coming to an end. Thank you to all our amazing fans for your constant support!”

Critic Quentin Letts with the Daily Mail didn’t think the musical would last, saying Viva Forever has “the makings of a notable West End flop. It’s almost as if the thing has a death wish.”

However, it wasn’t as if no one tried to make the as successful as possible. Judy Craymer, the woman behind Mamma Mia!, also conceived the musical. It was written by Jennifer Saunders.

“It is with a heavy heart that we’ve had to make this very difficult decision to post closing notices for this original show which is blessed with one of the most brilliant casts currently on the West End stage,” Craymer said after the closing. “Testament to that achievement is the standing ovation at every performance from an audience of families and friends all enjoying a great night out.

“The show has evolved since we first opened and is now brighter, lighter and funnier, but despite the wonderful audiences and extremely positive feedback we just can’t make it work. I’m so proud of everyone involved in this production. Viva Forever! may be taking its leave for now in the West End but the legacy of Spice Girls will never fade.”

Have a “roarsome” Monday with Ginger Spice and Disney Junior >>

“It is disappointing the show is to close,” Saunders added. “I am particularly sad for the cast and crew that have worked so hard to produce a wonderful show.”

Viva Forever will play its last show on June 29.