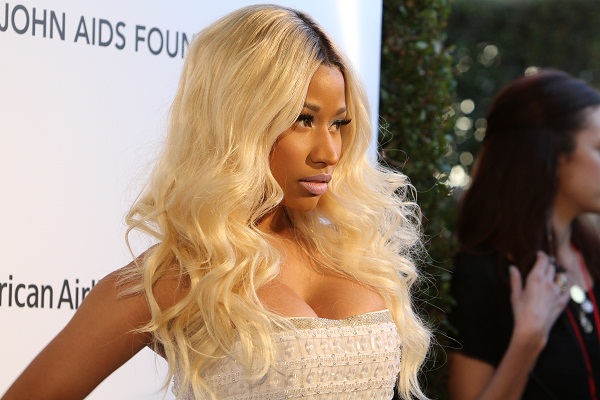 Rumors of a Nicki Minaj and Mariah Carey feud are hardly a new thing. Those girls have rubbed each other the wrong way since the very beginning and have had plenty of clashes. Today, though, Minaj kicked things up a notch by sharing via her Twitter account exactly how she feels about the pop diva.

It all started when Perez Hilton managed to pluck out what may have been a small dig from Carey on last night’s American Idol. During the show, Carey slipped in the snide remark, “not everybody has a No. 1 record,” which many are assuming was her way of comparing her Billboard chart track record to Minaj’s. Hilton loves to stir up drama, and that’s exactly what he did. It wasn’t long before Minaj was firing back to him via Twitter.

What u SHOULD be doing (wit your messy a**) is asking why a woman SO successful at her age, is still so INSECURE, and bitter.

She quickly followed up with:

Bwaha! Burn? Shes sad i tied her record for Hot 100 entries in only 3 years of being in the game. Yep, a black female rapper.

Minaj’s final outburst brought even more attention to the matter when she referred to “JLo phone ringin.” Is she confirming the many rumors that American Idol is looking to replace Mariah… or is she as out of the loop as the rest of the gossipers?

With only a few more episodes in the current season, it looks like American Idol will end exactly how it began: with claws out. Despite whatever drama it might cause, Idol producers are probably happy about the spat. This latest round of hostility might be exactly what the show needs to overcome its most recent ratings slump. Viewership of the show has actually reached an all time low.

That leaves us wondering: Is this feud real or just a publicity stunt?

Join our newsletter and have the gossip delivered to your inbox >>