Will and Jack investigate a series of gruesome murders that puts the Texas Chainsaw murderer to shame. And one of these men will lose someone close to them. Who will be the victim this time? 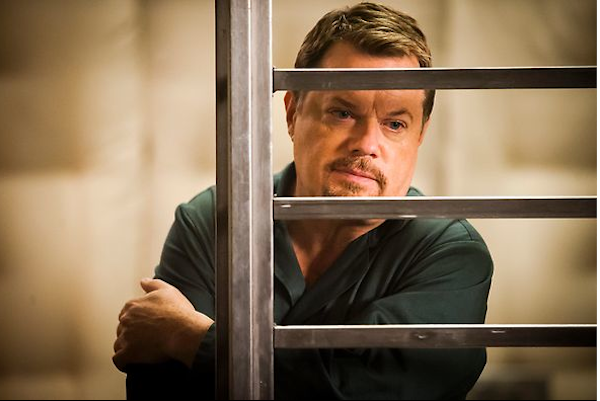 Hannibal fans, you are in for a treat tonight. To up the creepiness factor on one of the darkest shows on TV, comedian/actor Eddie Izzard guest stars. Izzard, known for his excellent portrayal of devious characters (think The Riches) will be playing Dr. Gideon, a possible suspect for a series of gruesome murders.

And these murders certainly look gruesome. If you thought last week’s angel victims were bad, they’re nothing compared to the vicious multi-spike deaths we’ll see tonight. It’s like SAW V on crack. There’s a good reason why they call him the Chesapeake Ripper.

Things get interesting when the powers that be believe they have the Ripper locked up behind bars, but another heinous murder takes place that matches the killer’s profile (is it Hannibal playing copy cat again?).

Later, Jack’s (Laurence Fishburne) former protégé Miriam falls prey to the psycho killer, leaving Jack vulnerable and emotional. He opens up about his loss and the possibility of losing is wife to none other than Dr. Hannibal (Mads Mikkelsen).

Have you noticed that all these doctors are also crazy people? I’m starting to see a trend and I’m developing a new fear: psychologists.

Check out the new episode tonight 10/9c on NBC.