Reese Witherspoon and her husband, Jim Toth, aren’t making any excuses for their April arrests in Atlanta. 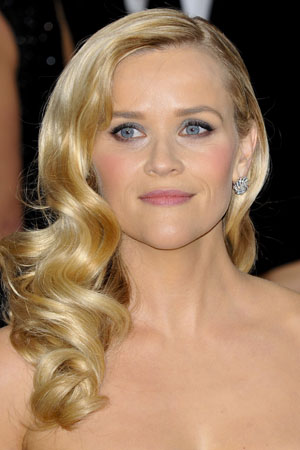 Reese Witherspoon wasn’t kidding when she said she was sorry for behavior: The actress just pleaded no contest to her disorderly conduct charge and will pay a reported $213 fine, according to TMZ.

Her lawyer, Bruce Morris, appeared Thursday in an Atlanta court to respond to the charge.

The whole thing started April 19 when police pulled her husband, Jim Toth, over for driving under the influence. Witherspoon got mouthy with the police and pulled the whole “don’t you know who I am?” card.

Now Witherspoon is sober — and totally embarrassed about the whole incident.

“It was just one of those nights — we went out to dinner and had one too many glasses of wine,” she told Good Morning America on Thursday.

“We thought we were OK to drive but we definitely were not. We are just so sorry this happened. We know better than that. It’s something that will absolutely never happen again.”

She added that she “panicked” when the officer arrested Toth.

“I said all kinds of crazy things to the officer,” she said.

And boy, did she: TMZ has the arrest video — and apparently she thought being an American citizen would get her out of trouble.

“I even told him I was pregnant. I am not pregnant!” she recalled. “I had no idea what I was talking about and I am so sorry. I was so disrespectful to him. I have police officers in my family. I work with police officers every day. I know better.”

So, Witherspoon might be off the hook, but Toth — who was in court today — is in trouble. He pled guilty to DUI and was sentenced to 40 hours of community service and a year of probation. He’ll also have to attend an alcohol education class.

“Consider yourself fortunate you didn’t injure your passenger and didn’t kill anyone,” the judge reportedly said, according to TMZ.

There’s a lesson here, kids: Always own up to your mistakes. It’s less painful in the end.