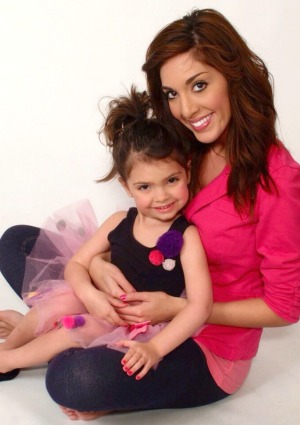 The mother of 4-year-old Sophia has taken to video-sharing site Keek with a 36-second rant titled, “WHAT would YOU do #IF???” to lay it all out in her own words.

Looking directly into the camera, Farrah Abraham asked viewers, “What would you do?”

“You have been a single mother for four years, off and on, dating loser-a** boys who always try and sell information, lie to you, manipulate you,” she said, explaining her situation.

“You have just realized you are an awesome person and you deserve someone. Now that you’re 21, you’ve pretty much been crying every night because you are single and you’re alone. So, you make your own video, celebrate your awesome body [and] get your own sexy shots.”

Taking a jab at her sex-tape partner, James Deen, Abraham went on to vent, “So, the person you did this with has the urge to yell it out, when he should professional and is not. But you have companies that are interested, so why not sell it? And that’s what I did.”

In the closing seconds of Farrah Abraham’s Keek video, she pulls a pink Vivid-branded baseball hat onto her head and down over her eyes. Rant over.

Some fans seem to believe the reality star made the right move. Retweeting one follower’s message of support, the newly-minted adult star shared Wednesday, “Everyone’s talking about how horrible @F1abraham is for making that sex tape… HELLO THEY PAID HER 1 MILLION DOLLARS! I’d prolly do it too.”

What do you think of Farrah Abraham’s sex tape justification? Would you do it too?