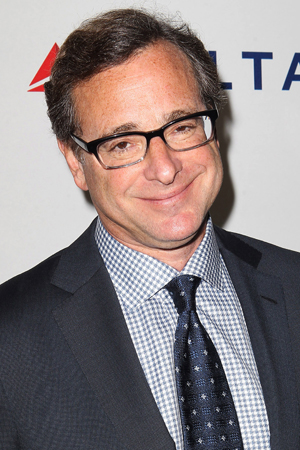 They’re all grown up!

“We hang out sometimes. I get to see them when we can,” Saget told Us Weekly of his Full House crew. The gang even got together — sans Michelle Tanner (aka Mary-Kate and Ashley Olsen) — to commemorate the show’s 25th anniversary in 2012.

Don’t hold out for a full-fledged reunion, though.

“We all love each other,” he said. I just don’t think that that’s… it’s kind of low on the possibilities.”

That totally bums us out, especially since Friends co-creator Marta Kauffman also put the kibosh on their own reunion.

“Friends was about that time in your life when your friends are your family and once you have a family, there’s no need anymore,” she explained. “I’d rather people go, ‘Oh, please! Please!’ than ‘I can’t believe you did that. It was horrible.'”

Star Matthew Perry does think there’s room for a reunion — when they’re elderly!

“I think what we do is a show called Old Friends, and it’s on a park bench and when we’re in our 80s,” Perry said.