Khloé Kardashian is not like her famous sisters. And she’s OK with that. She opens up about her fertility struggles and thoughts on Kanye West. 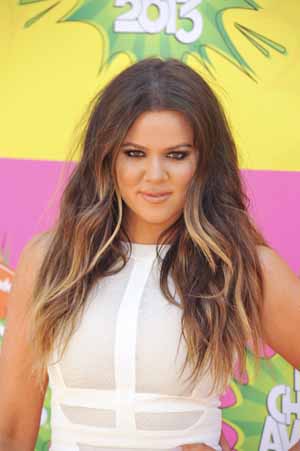 The Kardashian family has been exploding fertility-wise in the last few years, with sister Kourtney, 34, producing Mason, 3, and Penelope, 10 months, and Kim Kardashian, 32, pregnant with her first child with Kanye West.

Khloé Kardashian-Odom, 28, admits watching her sisters reproduce has made her a wee bit jealous.

“I just wanted to be, ‘Hey, let’s have a baby,’ and we would just have one. Kourtney did. And I wish that was the way for me,” the Keeping Up With the Kardashians star told Cosmopolitan U.K. in an interview in the magazine’s May issue.

“But it won’t be. I’ll have to take hormones. I do want to have a baby, but I don’t feel the urgency to have one this very moment.”

At the end of March, Kardashian-Odom opened up publicly about her fertility issues on an episode of Kourtney & Kim Take Miami.

While talking with stepbrother Brandon Jenner and his wife, she said that she and Lamar Odom have been trying for a baby ever since they married in 2009.

“I found out I don’t ovulate, and now my uterus lining isn’t thick enough and I have to take pills to make my uterus lining thicker. If that doesn’t get thicker, then I cannot carry a baby,” she told her stepbrother.

Until that works out — however it works out — Kardashian-Odom told Cosmopolitan U.K. that she’s looking forward to meeting her new nephew courtesy of Kim and Kanye. She likes him much better than Kris Humphries, by the way.

“I think Kanye knows how to deal with Kim really well,” she told Cosmopolitan U.K., adding that the family has known West for so long that he comes to members for advice, such as when he’s trying to pick out presents for Kim (which we all know he loves to do).

“Kris wouldn’t even talk to us,” Kardashian-Odom said. “I love that with Kanye we have that friendship. Because when you’re with one of us you’re with all of us.”