Lindsay Lohan went to a Newport Beach rehab this morning, but not the rehab she was ordered to attend. She changed the venue because she needed a place where she could smoke cigarettes. 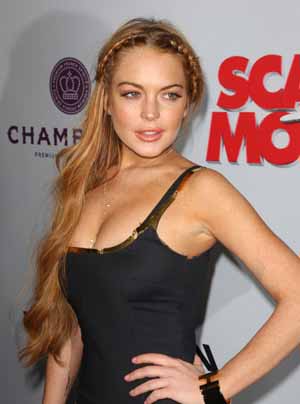 Lindsay Lohan is off the streets and in rehab, though she did a last-minute change-up of just where she’d go.

Lohan was sentenced to 90 days in rehab after pleading no contest to charges that she lied to police about being the driver in a car crash that took place last June.

The court ordered her to attend the Seafield rehab facility on New York; Lohan panicked when she heard that Seafield doesn’t allow smoking, and petitioned the court to go to Morningside Recovery in California instead, TMZ reported.

The Mail also reports that when Lohan isn’t working with an addiction case manager and therapist, she can relax away from the facility on outings to Disneyland, kayaking, surfing and hiking.

Most importantly (apparently) for Lohan, Morningside allows smoking. It even gives patients access to computers and phones, once therapists sign off on the idea.

Lohan was apparently ready to go: She posted an Instagram picture of herself sitting on the floor in what appeared to be a hallway, surrounded by piles of luggage and clothing, saying, “90 days and 270 looks.”

Ten costume changes a day, really? Won’t that alone keep you busy enough to stop you from using?