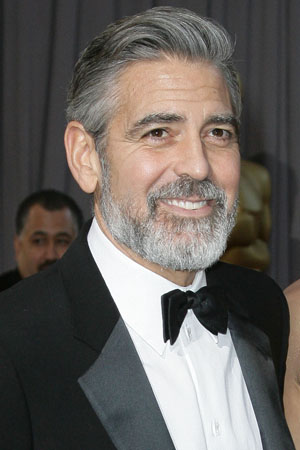 It seems like Richard Kind is the focus of many of Clooney’s practical jokes.

“I remember finding a painting that someone had thrown away,” Clooney once recalled. “It was out by the garbage and I drove by it a few times. It was this gigantic, awful painting. I finally stopped and picked it up and took it home and signed my name to it and framed it. And for about a year, my buddy Richard would go, ‘Hey, you want to play golf?’ And I’d go, ‘I can’t. I’ve got art class.’ And then on his 40th birthday I said, ‘My art teacher’s really proud of me but this [painting] is the first one we’re both really proud of. You’ve been so supportive, I want you to have it.’ It hung over his couch for another two years and everyone knew except for him.”

At least this one didn’t involve cat litter! 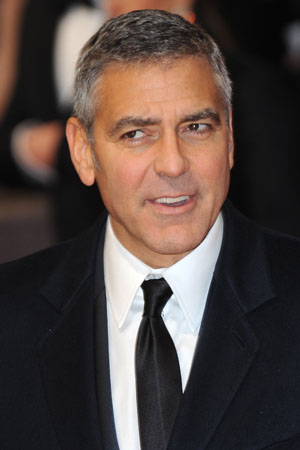 Photographers would kill to get the first photos of Brad Pitt and Angelina Jolie’s wedding. Clooney took advantage of that by setting up an elaborate scene outside his Lake Como, Italy, estate.

“You would never go to Lake Como in February,” he told NBC’s Today. “It’s sort of rainy. You certainly wouldn’t have an outdoor wedding. But once the story started, and all these people started showing up — and I mean hundreds and hundreds of press people outside the house, including people from all the entertainment shows. I called and ordered high-top tables and had them put out on the front lawn because helicopters are flying over. It went on for two weeks — people thinking there was going to be a wedding.”

The drinking game that wasn’t 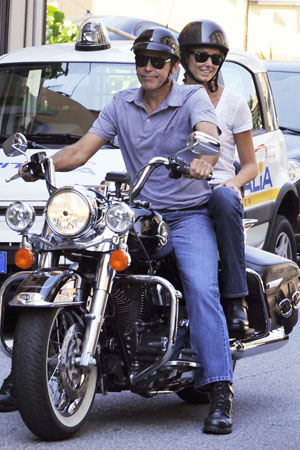 Clooney collaborated with Pitt to prank Jerry Weintraub during a flight to Los Angeles. The pair managed to talk the producer into a drinking game — and he got so drunk that the pair filled his underwear with M&Ms.

“When I got up I felt squishy stuff in my shoes, in my underwear, in my clothes, and they’d put M&M’s in my underwear,” Weintraub recalled with a laugh. “I said, ‘You sons of b***hes! What did you guys do to me?’ I found out from the pilots and the stewardess they were drinking water.” 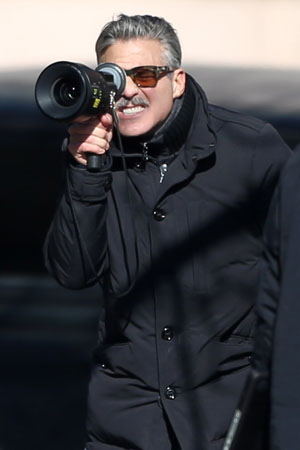 You might want to check your camera if you’re ever at a party with Clooney. The actor has a reputation for dressing up his youknowwhat — and then taking photos.

“We called him Mr. Face,” he told Esquire. “You put sunglasses and a cigarette, and it actually looks like a person. I haven’t done that in a long time. I think 1988 was my last Mr. Face impersonation. My cousin Miguel [Ferrer] and I did it to Pat Boone’s camera once. He actually had a good sense of humor about it.”