Happy birthday, George Clooney! The 52-year-old jokester doesn’t take any prisoners when it comes to pranking co-stars and friends. In honor of his birthday, we’ve rounded up 10 of his best pranks. There’s definitely a devil behind that sexy grin. 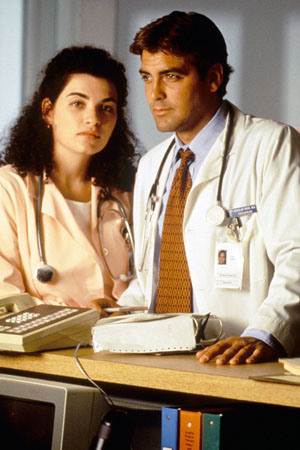 Julianna Margulies remembers how one of their early ER co-stars thought he’d get one over on George Clooney.

“He asked George, ‘Does my pasta smell funny?’ and then pushed the plate into his face,” Marguiles recalled to the L.A. Times Magazine in 2012.

Clooney got the last laugh, though.

“He waited until the guy’s last day and placed a license plate frame on his car that said, ‘Honk if you like p***y.’ The guy thought everyone was honking and waving goodbye to him,” she recalled. 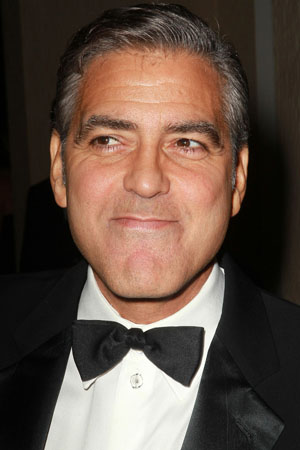 Clooney managed to get his Ides of March co-star, Evan Rachel Wood, to dance and sing to Justin Bieber’s “Baby.” What she didn’t know? He was recording her the whole time.

“Enjoy the DVD,” Clooney joked to Wood before walking off.

She has a good attitude about the joke, though.

“George has a big heart,” she told the L.A. Times. “He wants people to have fun and be happy. He’ll do anything for his friends.” 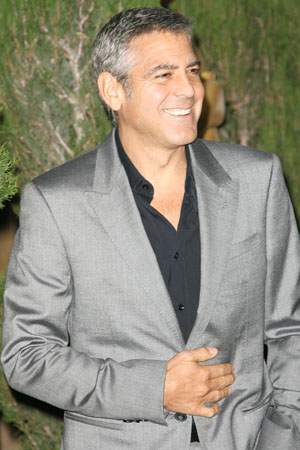 Clooney moved in with his pal, Richard Kind, shortly after his divorce from actress Talia Balsam. Kind didn’t know what he was getting himself into with his houseguest, though.

“Richard had this cat that he loved and adored,” Ben Weiss, a Friends assistant director, told Men’s Journal. “So George would go in the bathroom, and that’s where the litter box was. And there would be cat s**t in there, so George would clean it up and flush it down the toilet. Then Richard would go in there and say, ‘God, it’s so weird. My cat hasn’t taken a s**t in forever.'”

This went on for several days — and the cat lover was growing increasing concerned about his furry friend.

“Richard went to the vet to get some kind of thing to make the cat go to the bathroom,” Weiss added. “The poor cat. The cat’s s****g, and George is still cleaning it up. Finally, George stood over the cat box and took a giant s**t.

“And finally Richard goes in there and says, ‘Oh, my God! Kitty!’“

Is George Clooney on the market again? >> 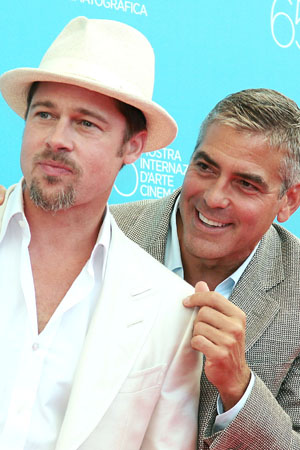 According to Matt Damon, Brad Pitt tried to get one over on Clooney by telling the cast and crew on Ocean’s Twelve to only refer to Clooney by his character’s name, Danny.

To get him back, Clooney put a bumper sticker on Pitt’s car that read, “I’m gay and I vote.” Soon after, he added one that said, “Small penis on board.”

“People were honking at him and waving,” Damon recalled. “And he thinks it’s because he’s Brad Pitt and he’s waving back.”

Up next: Clooney’s artwork & weiner jokes >>