Happy birthday, Christina Hendricks! The sexy Mad Men star turns 38 on May 3. We absolutely love the actress, mostly because she isn’t afraid to say exactly what she’s thinking in interviews. In honor of her birthday, we’ve rounded up eight of her snarkiest comments. Never change, Christina! 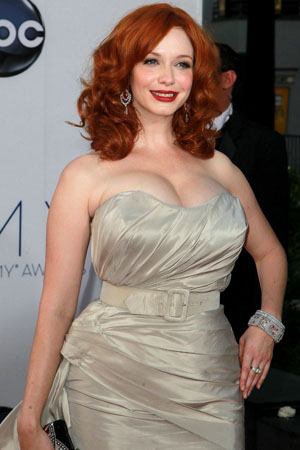 Fashion editor Kate Waterhouse from the Sydney Sun-Herald isn’t exactly BFFs with Christina Hendricks — and they never will be, considering how the reporter asked the actress some really ill-advised questions during a 2012 interview.

“You have been an inspiration as a full-figured woman. What is the most inspiring story that you can remember where you’ve inspired someone?” Waterhouse asked Hendricks.

Wait, did she really just ask that? Yup.

Hendricks was gracious at first, but her patience ran out when Waterhouse basically asked her the same question again.

“I think calling me full-figured is just rude,” she said. 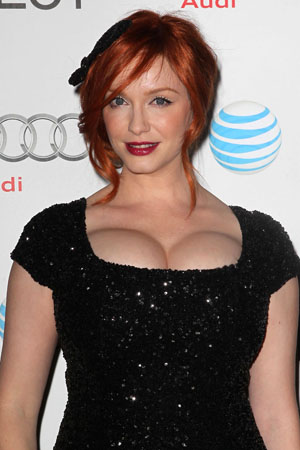 It’s not easy being sexy. Just ask Hendricks: She know’s she’s hot — and she’s not afraid to say it!

Well, if you’ve got it, flaunt it!

My boobs are mine, mmmkay? 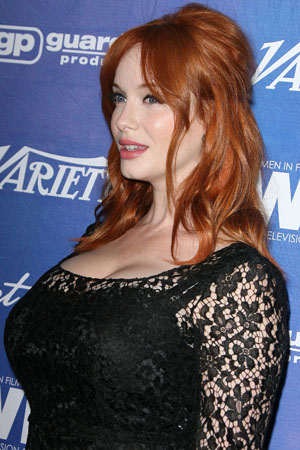 Hendricks is very blessed in the chest region. However, she gets tired of the constant questions about her breasts.

“It’s so bizarre that people are constantly asking if my breasts are real or fake,” she told the Daily Mail in 2011. “They’re so obviously real that anyone who’s ever seen or touched a breast would know.”

“I hope I’m not encouraging that,” she added of whether she’s responsible for the uptick in breast augmentation surgery. “If there’s anything to be learned from me, it’s that I’m learning to celebrate what I was born with.” 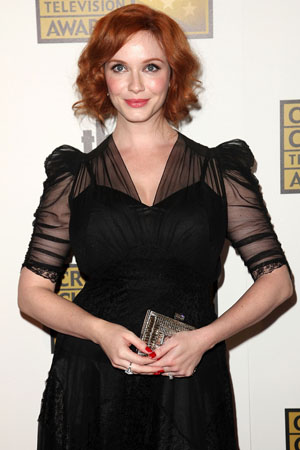 Hendricks is a sexy, curvy woman — and guys love to drool over her. That hasn’t stopped a few Hollywood jerks from advising her to drop a few pounds.

“I had agents who were like, ‘You have to lose some weight,’ and all of a sudden, people are celebrating it. It’s like: ‘Oh, thank you! Thank you for letting me be me,'” she told Health magazine.

Is Christina Hendricks blazing a trail for curvy women? >> 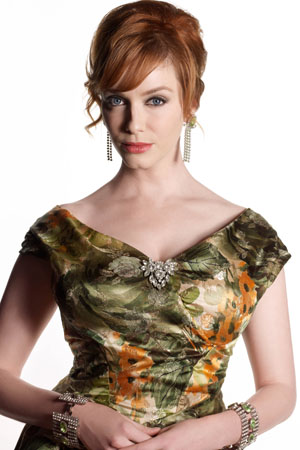 It’s only natural that Mad Men fans want to know about the plot lines for this season of the show. So, how is she shutting them down? By claiming she doesn’t know anything!

“Usually, I call Matt at the beginning of the season and I say, ‘OK, what’s going on?’ And he’s like, ‘Well, I’m not really…’ and then he tells me everything, which is awesome,” she told Zap2It last month. “This year, I’ve called him time after time and I said, ‘What’s happening next? What’s going on?’ He said, ‘I’m not quite ready to tell you.’ So, I got nothing this year.”

5 Reasons why women should be watching Mad Men >>

You aren’t allowed to talk about our friends 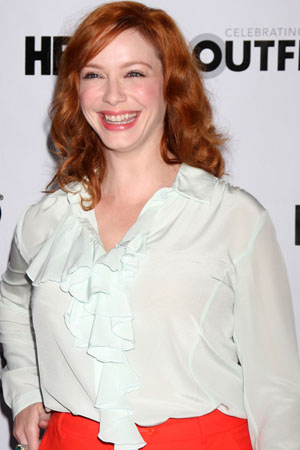 Hendricks penned an open letter to men for Esquire magazine in 2011. Basically, she’s calling out guys for their crappy behavior — and she said everything we’ve thought for years.

“No matter how many times we say a friend of ours is driving us crazy, you are not to pile on. Not because it offends us. But because it adds to the weight that we carry around about her.” 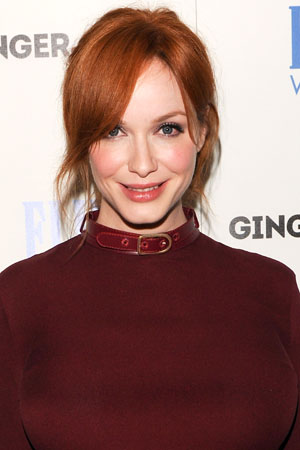 Everyone is on Facebook, but guys shouldn’t be, according to Hendricks.

“It’s an invasion of everyone’s privacy. I really cannot stand it,” she told Esquire.

Put some clothes on! 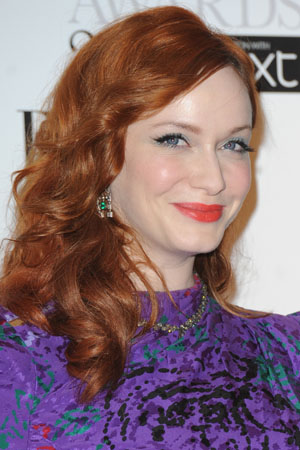 “A tank top is underwear. You’re walking around in your underwear. Too much,” she told Esquire.

We have to agree.