If anyone in your house happens to switch on Disney Junior’s Sofia the First, you might hear something pretty unexpected: Plain-spoken Project Runway guru Tim Gunn! 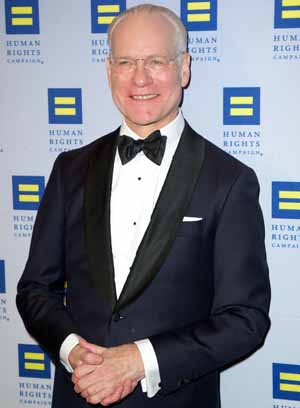 Project Runway contestants are used to being told to “make it work” by Tim Gunn. Preschoolers, not so much. But they’ll get to know his catchphrase soon: Gunn stars on the new Disney Junior hit show Sofia the First.

Gunn stars as Baileywick, the butler at a royal castle where main character Sofia has just moved in, since her commoner mom has married the king. She feels out of place at the castle, but like so many nervous Project Runway designers, she thankfully has Gunn to show her the ropes.

The show has become enormously popular since debuting on Disney Junior in January, and not just with little girls ages 2 to 5: Their moms are also nuts about Sofia the First (and Gunn).

“I read that Sofia was this new royal and that Tim Gunn was going to help her through the process and showed it to my daughter,” Real Housewives of New York star Heather Thompson told the New York Daily News. “For me, Tim is a guy you can trust — he tells it like it is. Now my daughter Ella watches it.”

Thompson also mentioned that Gunn more or less plays himself on the show: A kindly mentor who helps push Sofia to be all she can be.

Project Runway finalist announces she is now a woman >>

Craig Gerber, Sofia the First‘s executive producer and story editor, explains that Baileywick was deliberately styled on the real Gunn.

Project Runway fans probably squealed loudest during a recent episode, when Sofia has a slumber party and Baileywick guides her through giving her guests makeovers.

“First the dresses,” Baileywick says, according to the News, going on in classic Project Runway style. “For the hair, let’s do something stylish, but regal and tall, very tall… We can make it work.”

Gunn wasn’t sure the show would amount to much: “Who knew it would be such a big hit?” he asked the News rhetorically.

Veteran judge out on Project Runway >>

“The Disney people sent me a script and asked that I read it and respond with any interest that I had,” he said. “I was very nervous about animation because I’ve heard it’s so precise.”

He made it work, though, and now counts a new (and very young) breed of fans amongst the legions who adore him.