Reese Witherspoon has opened up about the night she and husband Jim Toth were arrested, and while the details are kinda funny, she admits it was unacceptable behavior. 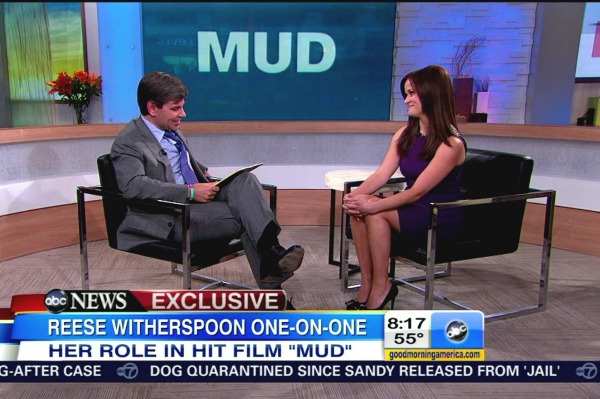 America’s sweetheart Reese Witherspoon may have fallen off her throne after her arrest for disorderly conduct in April, but the actress is trying to make amends with her formerly adoring public.

The actress sat down with George Stephanopoulos on Good Morning America to talk about the arrests of her and husband Jim Toth and what they have learned from it.

“It was just one of those nights — we went out to dinner and had one too many glasses of wine,” the Mud star explained.

“We thought we were OK to drive but we definitely were not. We are just so sorry this happened. We know better than that. It’s something that will absolutely never happen again.”

“I had no idea what I was thinking that night. I saw him arrest my husband and I just panicked. I said all kinds of crazy things to the officer. I even told him I was pregnant. I am not pregnant!”

Reese Witherspoon arrest: “I was frightened for my husband” >>

“I had no idea what I was talking about and I am so sorry. I was so disrespectful to him. I have police officers in my family. I work with police officers every day. I know better.”

“The worst part was having to speak to the kids,” she said. “We are so embarrassed by it, but we just had to tell them that when you make a mistake, you have to take responsibility. We were honest with them.”

The couple are due in court to answer charges later this month.

Stay in the know about the legal wranglings of all your fave stars — subscribe to the SheKnows Entertainment newsletter! >>