On this episode of Nashville called “Take These Chains from My Heart,” Juliette learns a harsh truth about someone she cares about, Gunnar gets a surprise from a friend, while Rayna and Deacon’s relationship gets more complicated. 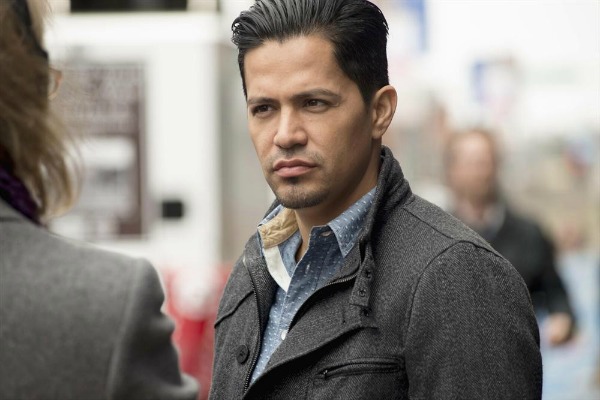 I really can’t decide how I feel about Juliette (Hayden Panettiere). Before we discovered that Dante (Jay Hernandez) was a no-good jerk who was taking all her money and trying to make Jolene out to be a crazy person, I thought Juliette was being a spoiled little brat. Truthfully, I still think she’s a spoiled little brat. It’s not like she knew that Dante was doing all those things while she was mistreating everyone around her. Do I feel sorry for her? Maybe a tad, but a part of me also hopes that she’ll learn a lesson from all this. Perhaps next time she won’t move so fast with a guy just because he’s hot and tells her things she wants to hear.

Recap of last week’s episode of Nashville: These foolish games >>

As for Rayna (Connie Britton) and Deacon (Charles Esten), a part of me was cheering my little heart out at the end when they started making out, but I’m also afraid that things are going to get very complicated for them. He hadn’t officially broken things off with Stacey (Susan Misner) and she had promised Liam (Michiel Huisman) that they were going away together. Why can’t these two get together when neither of them is attached to anyone else? As happy as I am for them, I do feel bad for the people who are about to get hurt by their actions and I’m sure Deacon and Rayna feel the same way. It’s not like they wanted to hurt anybody.

Hands up people, who else saw the kiss between Gunnar (Sam Palladio) and Will (Chris Carmack) coming from a mile away? As soon as I saw them getting cozy on the couch with the beers, I knew something was up. It’s funny because the whole episode I kept thinking to myself that something was definitely going on with them, but I couldn’t put my finger on it. I just figured that it was due to the fact that Gunnar was mourning and still trying to figure out who he is as a musician. I was worried for him, but also really admired how he came right out and told Scarlett (Clare Bowen) how he was feeling. Though I wasn’t surprised that Will kissed Gunnar, I will admit that I thought Gunnar would reciprocate. Like I said, he seemed different so I thought that made sense. So I have to wonder now if his anger toward Will came from pure shock at what Will did, or from trying to hide his own feelings. Guess we’ll have to wait and see.

“I thought you said we were wheels up in an hour.”
“It’s my plane, we’re wheels up when I say we are.”

Rayna obviously being distracted by Deacon and Stacey’s reunion.

“I’ve seen him eat cold spaghetti straight from a can.”
“Hey, you don’t need to tell her all of my secrets.”

Rayna admitting to her sister that she made out with Liam.

Deacon telling Juliette that he was done as band leader. 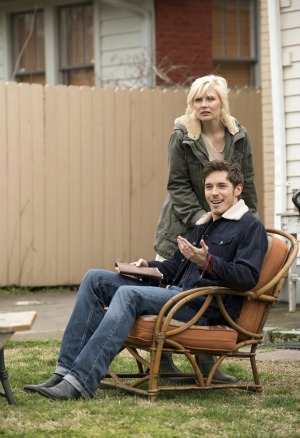 Rayna kicking at Liam when he kept throwing her words back at her.

“You know what; I have had enough crazy for two lifetimes.”

Deacon watching the way that Rayna and Liam sang one of their old songs together.

Deacon admitting that he still had feelings for Rayna. Oh boy.

Rayna showing up right after Deacon and Stacey had their talk. Talk about perfect (or terrible) timing.

Juliette figuring out that the drugs in her mother’s purse couldn’t be her mother’s and then realizing that Dante had disappeared with a bunch of money. WHOA.

Scarlett telling Avery that she liked seeing the boy she met in school again.

Avery bringing Scarlett out onto the arena stage.

Juliette finding out just how much Dante had screwed with her.

What did you think of this episode of Nashville? Did you see any of the twists in this episode coming, like Dante running off with Juliette’s money, Rayna and Deacon getting back together or Will trying to kiss Gunnar?