Rumors of a band breakup haven’t stopped the country folk duo The Civil Wars from making a big announcement — they are releasing a new album this summer. 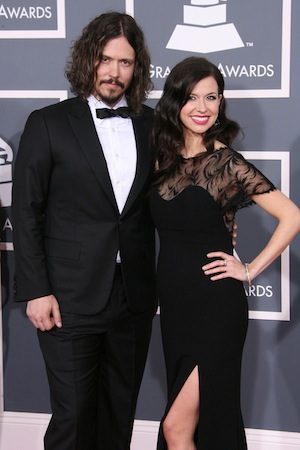 The Civil Wars are back with a new album. The self-titled offering, announced Wednesday on the duo’s website, will be the follow up to 2011’s two-time Grammy Award-winning album, Barton Hollow.

On the website, posted against a black background is an image of the new album’s cover along with two handwritten notes from the duo that announce new music.

Check out our exclusive interview with country star Brantley Gilbert >>

Alabama native John Paul White writes, “Patience is a virtue. Yours has been appreciated. Here’s to the hope you consider it rewarded.”

Joy Williams, the other half of The Civil Wars, was a bit more effusive.

If you are reading this, I want to thank you for taking the time. I’m grateful for your patient support. I am very glad to say that new music is coming and I am fiercely proud of this album. A lot of soul, sweat and tears went into its creation. I hope you feel the heart in each song that it might connect with yours. We are, each one of us, all journeying, learning and growing along this ever-evolving path.

The album cover between the two notes is a black and white picture of a large smoke column with the band’s name written in white script.

Get your Nashville news and spoilers right here >>

While the notes on the website address the fact that there will be new music this year, we really don’t know if there’s been a cease-fire in the war between The Wars.

We will have to wait until at least mid-summer to hear if the fiery relationship between the two band mates will translate into explosive new music.