The actor has been considered one of Hollywood’s most eligible bachelors for almost two decades now. When will he finally decide to settle down? 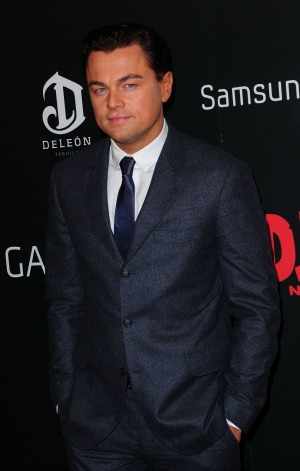 Leonardo DiCaprio has transformed himself from a child star to a teen heartthrob to one of the biggest movie stars in the world. On May 10, his new film The Great Gatsby is opening in theaters and the actor is now less than two years away from turning 40.

DiCaprio told Us Weekly that he is “feeling great” about the birthday and plans to take a well-deserved break this summer.

“To me, right now it’s about getting a little breather — getting some time off,” he said. “Not a permanent break or not an indefinite period, but you know, just a few months off to do some other things.”

DiCaprio filmed The Great Gatsby, Django Unchained and his next film, The Wolf of Wall Street, back to back and is ready for some time off. But he is the first one who realizes how lucky he is, no matter what he has given up for his success.

A kiss from Carey Mulligan landed her role in Great Gatsby >>

“I have absolutely nothing to complain about,” DiCaprio told Us Weekly. “There’s a certain price to everything, but every time I listen to myself talk about those prices I get sick to my stomach because I’m so fortunate to do what I do. Really, I’m a lucky person.”

One of the world’s most eligible bachelors has been in some high-profile relationships, but he is currently single. His past girlfriends include names such as Gisele Bundchen, Blake Lively and Erin Heatherton. But DiCaprio said he now feels open to the idea of marriage.

“I take it as it comes,” DiCaprio told Extra. “We’ll see what happens in the future. I don’t try to determine what the future will be. I take it day by day.”

The Great Gatsby is a classic novel by F. Scott Fitzgerald that has been retooled by Baz Luhrmann. It opens in theaters May 10. The Wolf of Wall Street is expected to be out Nov. 15.