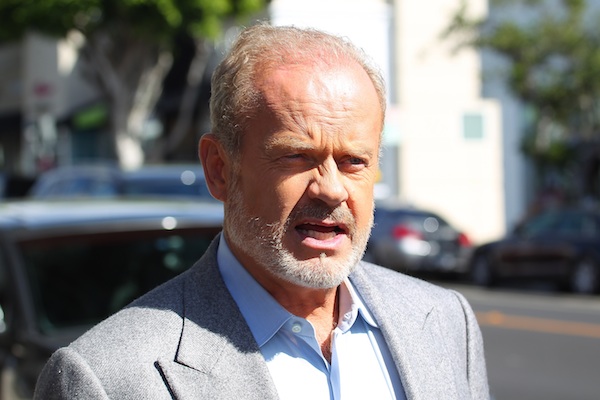 Last year, Kelsey Grammer was dealt a professional blow. His critically acclaimed series Boss was canceled after two eventful seasons. But no need to fear — he’s put on his mean face. The veteran actor has found another project to keep him busy.

According to Deadline.com, Grammer has snagged one of the principal roles in Transformers 4. He’s signed on to play the main villain in the blockbuster opposite Mark Wahlberg. Following his stint as a ruthless politician on Boss, this shouldn’t be too much of a stretch.

Not much is known about Grammer’s new gig. His character’s name is Harold Attinger and is described as a counter intelligence guy. Grammer is the latest actor to join the growing cast, which includes Stanley Tucci, Jack Reynor and Nicola Peltz.

Director Michael Bay is good at mixing seasoned actors with fresh young talent. In the original Transformers, he paired up-and-comers Shia LaBeouf and Megan Fox with John Turturro and Jon Voight. It seems he’s following the same formula with this new crop.

Grammer is mostly known for being a TV and stage actor, but he’s moonlighted in film. One of his biggest and bluest appearances came in 2006’s X-Men: The Last Stand. The actor starred as Hank McCoy aka Beast in the comic book sequel. He’s no stranger to big budgets or sci-fi and fantasy.

What do you think of Grammer as Transformers‘ new villain?