The Philadelphia native, who first came onto the music scene sporting a platinum blonde, close-cropped ‘do, opens up about her time overseas, what she’s been doing the past 11 years and how Lip Lock shows her growth as an artist. 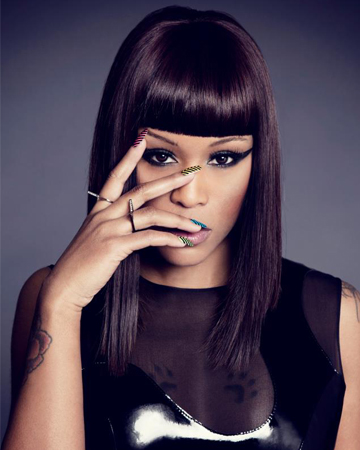 It’s been 11 years since Eve’s last album. And boy, have we missed her.

The funky mix of heavy drum beats with their African roots and pop sounds all overlaid with Eve’s trademark rapid-fire lyrics seem to say one thing: I’m back. 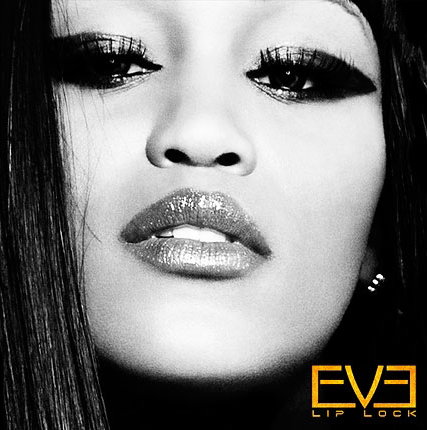 But the rapper/actress/fashionista makes it clear that the past few years have been more than just a vacation for her.

“I’ve been constantly performing. I’ve been non-stop working, honestly. I changed management, I changed lawyers, I changed labels twice. Now it seems like I’ve been away, but I’ve definitely been working.”

This latest LP, which sports collaborations with Missy Elliot and Snoop Lion, among others, was produced by her independent label, FTR Music.

On her dream partnership:

“My dream No. 1 collaboration is Lauryn Hill. I’m so happy she just signed a new deal.”

On her partnership with volunteer organization Big Brothers Big Sisters (she serves as female ambassador for the group and dedicated the song “Make it Out This Town” to it):

“My partnership with them started right as I was picking a single. Once I met them and felt their passion, I thought it was a good fit.”

On her time away from rap:

Eve said the transformation from self-described “Pit Bull in a skirt” from her early days as the first lady of Ruff Ryders to her new sound was a natural one.

“I think it’s just natural growth. Ultimately, that’s what every person goes through. You’re not that same person you were 10 years ago. At least, you shouldn’t be.”

Eve, who has lived in London for the past year, acknowledges that this new album draws heavily from the traveling she’s done throughout the years.

“As long as I’ve been in London, I didn’t get any London artists or any London producers on this album. I don’t know why. It wasn’t conscious. But I know that living there… definitely influenced my sound.”

But make no mistake, the “new” Eve may look different, but she still spits the same no-holds-barred lyrics that first put her on the map.

That juxtaposition is what Eve says she hopes will appeal to her audience.

“Hopefully, people won’t shy away from me. It’s definitely not my first or second album,” she said. “This is my album, this is me as an artist.”

As a testament to Eve’s “Grind or Die” attitude — another of the album’s tracks that seems to pay homage to her former Ruff Ryder roots — she’s already looking ahead to her next project.

“I already started thinking about the next album, which is crazy,” Eve says with a laugh. “I definitely want to get some U.K. artists [and] U.K. producers.”

As for this album, even the title Lip Lock gives us some insight into who Eve is.

“I like it. It’s cute, it’s flirty,” she says, adding that it makes reference to one of her favorite features, her lips. But in true Eve style, it’s also a play on words.