L.A. indie-pop band Fitz and the Tantrums is about to release its sophomore effort More Than Just a Dream — and oh, what an effort it is! 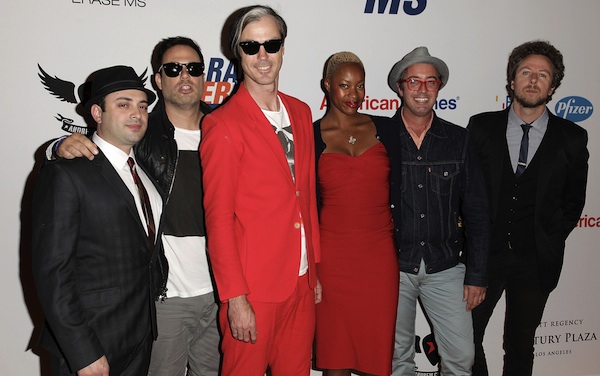 Formed in 2008, Fitz and the Tantrums might not be a household name, but you most likely have heard the band’s Motown-meets-2011 song “MoneyGrabber,” which was on every single cool gadget commercial and promo for Desperate Housewives that year.

Now, the L.A. indie pop band is following 2010’s critically acclaimed Pickin’ Up The Pieces with More Than Just a Dream.

The big Motown sound returns in this album, but it has been pushed to the back a bit to make room for a newer and more experimental sound.

In an interview with music news outlet Fuse, lead vocalist Michael “Fitz” Fitzpatrick explained, “there were a lot of sleepless nights when we were writing and recording the record. We wanted to take chances, but it’s an uneasy feeling. It’s not a safe comfortable place and I think what we came back to as a band is that we had to make a record that excited us and turned us on.”

Due out May 7, More Than Just A Dream showcases what made Fitz and the Tantrums such a big hit when they burst on the scene in 2010. This album sounds distinctly modern, but at its core is a retro-pop amalgamation of ‘80s synthesizers, ‘60 soul and ‘50s party music.

And I love it.

I think I love it because it’s exactly like my iTunes playlist — and probably yours too. There’s just enough of all of your favorite types of music together in one spot. In this case, though, it’s all in the same song.

It’s as if Phil Spector recorded his new supergroup consisting of James Brown, Hall and Oates and Foster the People.

And while that may seem strange, it totally works.

“Out of My League” kicks off the album with that fun poppy sound complete with a sing-along chorus and catchy “ooohs.”

Australian pop singer Sia appears on the song “Break the Walls,” which again has a very good chance of getting stuck in your head.

My favorite track may be “The Walker.” Oh, no wait. My favorite track is probably “6am” or “Fools Gold.” Truthfully, this is one of the rare albums that you can play on repeat from beginning to end and not have to skip a song.

Fitz went on to sum up the album pretty well. “At the end of the day, [these songs] make you want to dance. That’s the key.”

Fitz and the Tantrums will be on tour this summer opening for Bruno Mars. More Than Just a Dream is available now for pre-order on iTunes, but we have it streaming for you right here.

Fitz and the Tantrums More Than Just a Dream

So what do you think of Fitz and the Tantrums? Will you be buying the album? Let us know in the comments below.