How did British actor Henry Cavill land one of the biggest roles in American pop culture by playing Superman in Man of Steel? Isn’t it obvious? If not, it will be by the time you’re done reading this… 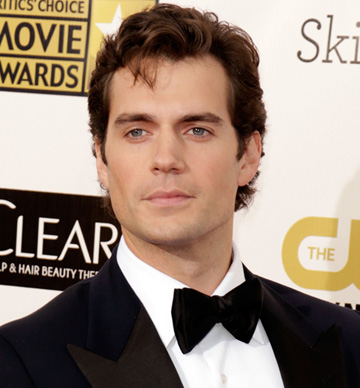 Putting the super in Superman

How did British actor Henry Cavill land one of the biggest roles in American pop culture by playing Superman in Man of Steel? Isn’t it obvious? If not, it will be by the time you’re done reading this…

We love Henry because he spoke to our inner Lois Lane well before he was cast as the Man of Steel. His classic good looks, strong and well-defined features and gorgeous smile make him a superhero, regardless of what role he’s in.

Hometown: Jersey (No, not that Jersey. The one just off the coast of Normandy, France) 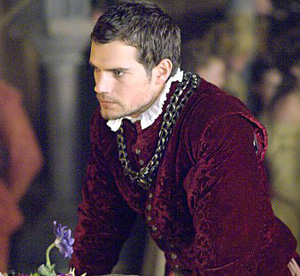 We loved him in The Tudors

If you somehow missed The Tudors, allow us to bring you up to speed. The dashing Henry was cast as Charles Brandon, Duke of Suffolk in Showtime’s The Tudors, which aired a bit before The Other Boleyn Girl was released. Once women saw that movie, they were hungry to dial up more action from The Tudors and when they did, they met the irresistible Charles.

Viewers soon became acquainted with the duke’s love of the ladies, and were thrilled that Henry spent almost as much time in front of the camera with his shirt off as he did with it on. And what does Henry think of his onscreen time between the sheets? He told JustJared.com, “As an actor and when you’re working and doing kissing/romantic scenes, you try and get your feelings there as much as you can so that you can give off the right energy to the audience and into the camera. But at the same time, it is acting. There are other things going through your mind where, normally in those kinds of situations, the only thing that’s on your mind is the person that you’re with.”

What do his female costars think of hunky Henry? Freida Pinto, Henry’s love interest in Immortals, told SheKnows of their love scenes together, “He was an absolute gentleman. He really helped me get as comfortable as possible. Considering Henry was already on set shooting, he knew a lot of the cast, it was kind of sweet to keep me calm.”

Sigh. Thank you, Duke of Suffolk, for single-handedly bringing our romance novel dreams to life.

Will Henry play Christian Grey in Fifty Shades of Grey? If all the rumors, fan-made videos on YouTube and social media have anything to say about it, the answer is yes. What does Henry think about that? He told Details magazine, “Whether that happens, that decision will be made at the time it has to be made. It would be a very different kind of thing than Man of Steel.” Can the female population take Henry Cavill as Superman and Christian Grey? We’d figure something out.

Not bloody likely! At least not anymore. Henry may have felt cursed a few years ago when he learned Twilight author Stephenie Meyer had him in mind for Twilight‘s Edward (Cavill was too old for the part by the time it was made into a movie), that he was neck and neck with Daniel Craig to be cast as James Bond (but was thought to be too young) and lost out on the role of Superman in Superman Returns to Brandon Routh. This earned Henry Empire Magazine’s title of “the most unlucky man in Hollywood” in 2005. Ouch. Timing is everything as the saying goes, and years later Henry has landed the role of Superman, meaning we are going to be seeing a lot more of him. Lucky us. 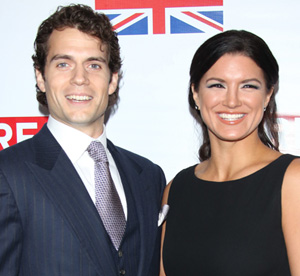 Insert collective groan here. We’re just joking of course! How long could we expect a luscious specimen like Henry to stay single? He has been dating Gina Carano since September 2012. Who the heck is that, you ask? You’d better not ask it too loudly because she’s an MMA fighter and fitness model and could kick our a** if we dog her for hanging on our guy Henry. She’s also starring in Fast and Furious 6 with another bevy of hunks, so we have one more reason to be annoyed by her — from a distance of course.