After months of speculating over which lucky actress would be the next Cinderella, Disney announced the decision Tuesday. 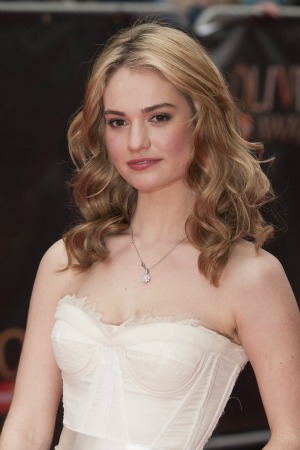 Disney is once again remaking the Cinderella story and there is some big talent on board. According to the Los Angeles Times, Lily James has been cast as the popular Disney princess.

Downton Abbey fans may recognize James as Lady Rose MacClare from the popular PBS show, and the announcement probably comes as a surprise to fans of another actress. Emma Watson’s name was mentioned earlier this year in relation to the film, and the character.

“The 24-year-old English actress, whose film credits include Wrath of the Titans and Broken, is taking over the part from the Harry Potter veteran Watson, who was penciled in to star but left the project earlier this year,” said John Horn with the LA Times.

Actor Kenneth Branagh has signed on to direct the new film after he completes his current film, Jack Ryan. But he is not the first director to be hired for the yet-to-be-filmed movie.

Has Chris Pine met his match in Kenneth Branagh? >>

“Cinderella is the latest film in a series of live-action adaptations Disney has mounted of its animated classics, after 101 Dalmatians, The Sorcerer’s Apprentice and the upcoming Maleficent, which is a version of Sleeping Beauty from the point of view of the evil sorceress, played by Angelina Jolie,” said MTV’s Todd Gilchrist. “It should be interesting to see what approach Branagh takes with the material, given his Shakespearean background, although Disney has certainly been known to beef up these reimaginings with suitably explosive special-effects work. (One can only imagine what the pumpkin transformation will be like!)”

“James’ casting is the latest twist in the ongoing saga of the film’s development,” said Gilchrist. “While she was competing for the role, filmmaker Mark Romanek (Never Let Me Go) departed the project over creative differences, and Thor director Kenneth Branagh took over his spot.”

The writer of the new adaptation is Aline Brosh McKenna, whose is no stranger to Hollywood film writing. Her resume includes writing the adaptation for The Devil Wears Prada.

Cate Blanchett is the only other actress who has been confirmed for the film. She will be playing the evil stepmother to James’ Cinderella.

The live-action version of the Cinderella story is due out in 2014.