Dallas is coming back for more. After a major setback in Season 2, the show is pushing forward. Tuesday, TNT officially renewed Dallas for another year. 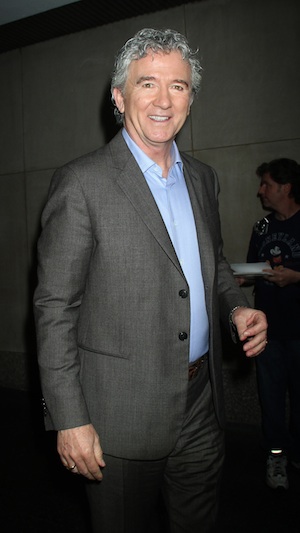 TNT has invested in another round of Dallas. The cable network has renewed the series for a third season. The reboot was dealt a serious blow late last year when headliner Larry Hagman died, leaving his character, J.R. Ewing, in limbo.

Somehow, the writers wrote his death into the show and found a way to move on. According to Entertainment Weekly, Michael Wright, president and head of programming for TNT, released a statement confirming the show’s return.

“Dallas has built a passionately loyal following with its expertly woven storylines, clever twists and turns, and numerous outstanding performances by a cast that spans generations,” he said.

“Although we said goodbye to Larry Hagman and his iconic character J.R. Ewing this year, Dallas has many more stories left to tell, and the Ewing clan will continue to honor J.R.’s memory by keeping its audience surprised and delighted.”

Dallas‘ third season will consist of 15 episodes and is expected to premiere in early 2014. The show averaged 3.8 million viewers last season, which ended April 15.

We’re excited for Dallas‘ return, but we wish they scheduled it for summer 2014. Yes, it would be a longer wait, but with less competition. Plus, there’s nothing better than curling up under the air conditioner and watching a sultry soap!

Are you excited for Dallas‘ return?