In the June issue of Glamour, Pink talks all about her marriage, her daughter and that celebrity boy band member who took her out for ice cream. 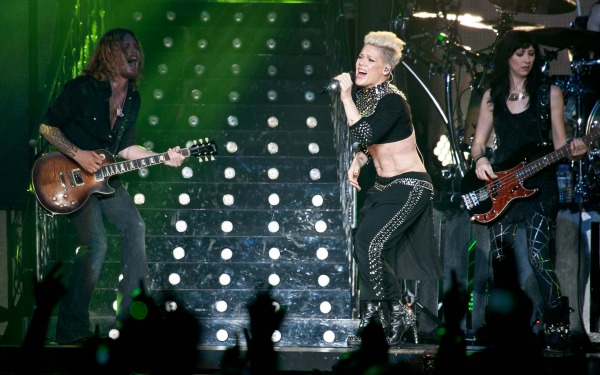 There’s nothing sweeter than young love, especially when the boy who has a crush on you is from *NSYNC. That is exactly what Pink shared in the June issue of Glamour magazine.

Back in 2000, the pop singer opened for the boy band at the height of its popularity. While on the No Strings Attached tour with them, Joey Fatone revealed that he had romantic feelings for the pink-haired singer.

Pink said, “Joey Fatone was in love with me. He took me to Friendly’s on a date, and he bought me an ice cream. Such a sweetheart. He asked my dad’s permission.”

While that innocent date didn’t amount to a big love affair, the “Try” singer did talk about her days as a young single woman. She often sings about empowerment and now she’s taking on a word that often has negative connotations: slut.

She is challenging the definition of the word by saying, “I’m a reformed slut. It’s my very unsophisticated way of taking the power back. I’ve always had an issue with [the idea that]: ‘OK, we’ve both decided to do this. Why am I a slut and you’re the player? You didn’t get anything from me that I didn’t get from you.'”

Pink’s wild days seem to be behind her as she has settled into the role of wife and mom. She and her husband, Carey Hart — now an off-road truck racer — have worked hard at their marriage. After tying the knot in 2006, they separated in February 2008. By March 2009, they slowly began dating again and worked out their differences with a marriage counselor.

Gwen Stefani and Pink share a kiss at iHeartRadio >>

Pink opened up about those struggles. “Long-term relationships are an everyday choice,” she said. “It’s harder to be in a marriage than it is to bounce from one relationship to the next. We’re good because we communicate and we’ve grown up together, not because we don’t fight.”

Besides Hart’s racing career and Pink’s music career, their personal lives revolve around their daughter, Willow Sage, born in 2011.

It sounds like Willow is a chip off the old block. 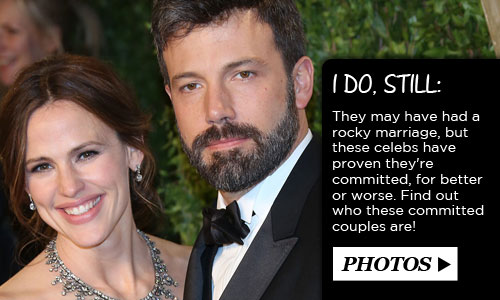