NBC finally had some good news to announce this week: Maria Shriver is returning to the network as a special anchor. 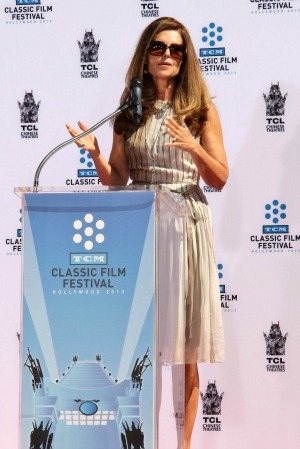 NBC has garnered a lot of attention over the last year with the Ann Curry ousting debacle and the forced retirement of Jay Leno from The Tonight Show. The network is probably breathing a sigh of relief this week as they announced some good news: Maria Shriver is returning to NBC News.

Her return to television was not unexpected. After focusing on her ex-husband Arnold Schwarzenegger’s career as California governor, Shriver is ready to step back into the spotlight. Her marriage to Schwarzenegger crumbled after it was revealed that he had an affair with the couple’s housekeeper, who gave birth to his son.

Arnold Schwarzenegger wants to get back with Maria Shriver >>

The Kennedy family member left NBC back in 2004, so it was a natural place for her to return to once an opportunity opened up. The news was announced on The Today Show on Tuesday about her new gig as a “special anchor.” She’ll focus on “the shifting roles, emerging power and evolving needs of women in modern life.”

In addition to her television role, she’ll also contribute to NBC’s online presence as an editor-at-large for women’s issues.

The Today Show family greeted her with open arms. Today anchor Matt Lauer told her, “Welcome back to the family.”

In an official statement, Shriver shared, “I look forward to shining a light on all areas of a woman’s experience — from faith and finances, wellness and work, to relationships and the new realities of modern life — and exploring these issues in a way that brings the voices of men into these critically important conversations.”

The 57-year-old reporter will continue to be based out of Los Angeles, California, where her children reside.

One of her kids even chimed in on Twitter to celebrate her mother’s news.

Katherine Schwarzenegger wrote, “So excited for my mom @mariashriver to go back to the @todayshow ! Happy she is returning to her old family and doing what she loves!”

Welcome back to NBC, Maria!