People reported in March that mama-to-be Kim Kardashian created a baby register at swank Hollywood baby boutique Bel Bambini but if it exists, Kanye and Kim don’t want people buying what’s on it. 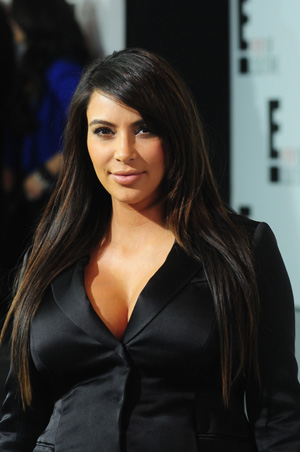 That’s what TMZ reports Kim Kardashian and Kanye West are telling friends, fans and loved ones, clearly trying to stop a flood of baby gifts and forestall an even bigger one once the bebe arrives.

Kardashian and West say there’s no baby registry, and fake ones have been turning up online. Don’t believe the hype! If you must give them something (and do you really need to do that? These folks have an awful lot of money), write a check to the Lurie Children’s Hospital in Chicago, West’s hometown.

That’s actually pretty sweet. For sure the sick kids at Lurie could use some cheering up more than little KWest, who will no doubt have the best of everything.

People wrote that sources saw Kardashian shopping for baby stuff in Hollywood back in March, and was overheard saying her baby nursery will be decorated in chic black and white. People also peeped Kardashian taking camera-phone pics and checking out such merchandise as the Stokke Sleepi crib, which, at about $800-$1,000, is expensive, but not big-money-TV-star expensive.

So Kim Kardashian can do her own shopping, y’all.

Kardashian hasn’t forestalled the possibility of a big glitzy baby shower, so don’t worry, that little fetus is going to get plenty buried in swag.