Ireland Baldwin is defending her famous parents while asserting her independence from their identities. 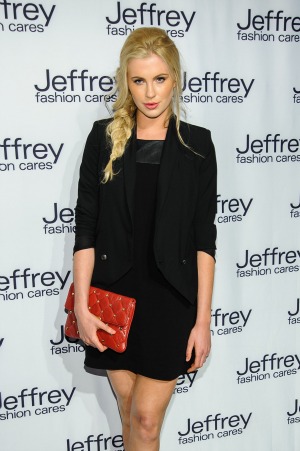 Ireland Baldwin is trying to make her own way in the world of celebrity, but she has quickly learned that you can’t escape the shadow of your famous family.

The daughter of actors Kim Basinger and Alec Baldwin faces constant comparisons to her mom and reminders of her father’s famously foul temper, and now the teen says enough is enough.

Ireland let loose on her Tumblr, telling fans, “I AM NOT MY PARENTS. My mom is one of the most beautiful woman in the world. She is 5’9, I am 6’2. She is petite and fragile, and I am fit and…. more to love tehe. (sic) I have a booty, she has a thigh gap. As she emerged from her teen years, she developed an angular face and striking cheekbones. I am still a teen making my way out of my awkward phase.”

“Of course I look somewhat like my own Mom… but let’s not forget people…. I also have a Dad too, so genetically speaking, I wasn’t built to look like my Mom’s identical twin!” she continued. “Just like almost all of you, my Dad has made some mistakes in the past. He has spoken out of place, he has let his temper get the best of him, and he has reacted towards things in ways he shouldn’t have. I get hateful replies and threats regarding mistakes of my Dad’s past. This isn’t fair. I had nothing to do with anything that happened back then, so I don’t fully understand why I am being targeted.”

Keep up with all your favorite celebrity families — subscribe to the SheKnows Entertainment newsletter! >>

And about that famous Baldwin temper… “More importantly, my Dad has moved on. He recognized that he needed to change, so he made changes. He is now healthy, happily married with a baby on the way. He moved on, so why can’t you?” Ireland wondered. “I have entered the social media world and the entertainment business to make a name for myself. Like I have also mentioned on my Twitter page, I am not seeking fame by association. I do not want to be simply know (sic) as a model.”

“I am proud to be my parent’s daughter, but I don’t want to forever be known as ‘that rude thoughtless little pig’ or ‘Alec Baldwin and Kim Basinger’s kid.’ I have passions and interests of my own that I want to soon give life to. I want to be known for helping others and being a healthy role model. That is what matters most to me overall.”