The actress has again sought help for her mental health, and she is making it public to let others with her disorder know there is nothing to be ashamed of. 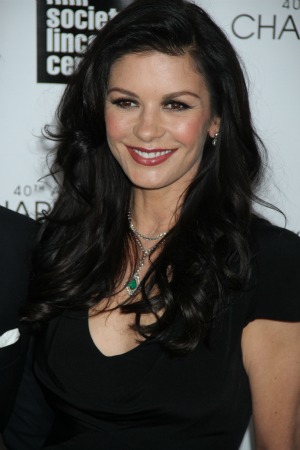 Catherine Zeta-Jones has again checked herself into a healthy care center for treatment of bipolar II disorder. The actress entered into a similar center in 2011, and a representative for the actress told TMZ this visit is just “maintenance.”

“Catherine has proactively checked into a health care facility,” Zeta-Jones’ rep told People. “Previously Catherine has said that she is committed to periodic care in order to manage her health in an optimum manner.”

Since her first visit two years ago, Zeta-Jones has been working on taking care of her mental health. This trip is a planned trip to have doctors monitor how she is doing.

“There was no big problem,” a friend told the magazine. “This was just a good time to do it. She is in between projects. This has always been part of the plan. She would manage her health. She is vigilant about it.”

Bipolar II disorder is characterized as depression, which often includes high and low moods. Zeta-Jones seems to have become an unofficial spokesperson for the treatment of the disease.

“This is a disorder that affects millions of people and I am one of them,” Zeta-Jones told People back in 2011. “If my revelation of having bipolar II has encouraged one person to seek help, then it is worth it. There is no need to suffer silently and there is no shame in seeking help.”

One week ago, Zeta-Jones and her husband Michael Douglas appeared at a gala honoring Barbra Streisand, and everything seemed to be normal. However, according to People, Douglas showed up alone to the White House Correspondents’ Dinner on April 27.

The mother of two is not ashamed of her diagnosis and wants to help others who suffer from the disease know they are not alone.

“I’m not the kind of person who likes to shout out my personal issues from the rooftops, but with my bipolar becoming public, I hope fellow suffers will know it is completely controllable,” she told People in 2011. “I hope I can help remove any stigma attached to it, and that those who didn’t have it under control will seek help with all that is available to treat it.”

How to reduce your risk for depression >>

Zeta-Jones will next appear in Reds 2, alongside Bruce Willis and Anthony Hopkins. The film opens in theaters July 19.