With a soundtrack that does justice to the action-packed flick Iron Man 3, Imagine Dragons’ “Ready Aim Fire” achieves what it set out to do. 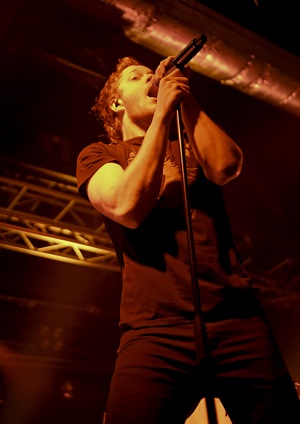 Where would we be without music in movies?

Would we laugh or cry or cling to our seats nearly as much? Would movies such as Batman or Gladiator have gone off to be big blockbuster hits without the musical accompaniment that evoked those memorable emotional responses? I think we all know how important music is to the narration of movies, and Iron Man 3‘s case would be no different.

To make sure you keep up with the latest soundtracks, why not sign up for our newsletter? >>

Recently, I talked about Oblivion‘s soundtrack and a soundtrack single by M83. The movie fared decently at the box office, but I think it’s fair to say that with Iron Man 3‘s sales figures from overseas, the debut will do amazing stateside. Iron Man 3 will raise the bar because it not only has a strong soundtrack, it’ll be a wildly successful film.

Now, on behalf of Iron Man 3, I present to you Imagine Dragons’ “Ready Aim Fire,” a track that I would hardly consider predictable from the band. It starts off so busy with empowering yelling, clashing swords, and spirited singing that I actually thought I had two songs playing at once. I restarted it, and to my surprise, that is actually how it sounds.

As the track progresses, it evolves from the busy set that I could envision being featured in a Game of Thrones duel, to the characteristic and futuristic vibe I often attribute to Imagine Dragons.

Missed the latest Game of Thrones episode? Check out the recap here! >>

The song’s arrangement is random, where the unified chanting is powerful, and the robotic transitions ideal for a movie about just that. It’s certainly not anything you can plan on hearing on the radio. It’s not particularly descriptive, but this track is just so cool. I think it’s entirely appropriate for an action-packed movie in the Iron Man franchise.

The single was produced by Alex Da Kid. Iron Man 3 will be out in U.S. theaters on May 3. Eek! It’s almost here!