Gabourey Sidibe’s been cast in a mysterious new role on American Horror Story. She’s joined the upcoming third season of the anthology: Coven. 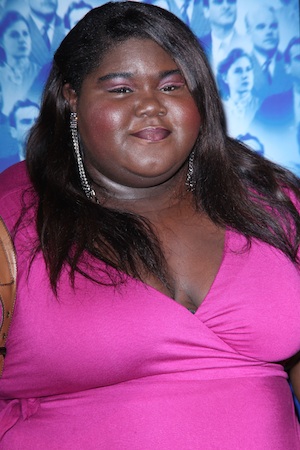 Gabourey Sidibe is a working woman. Ever since her breakout role in 2009’s Precious, she’s landed one job after another. She’s jumping from Showtime’s The Big C to FX’s American Horror Story.

The plot of Coven is a mystery, but we do know it centers on witches. Thus far, the American Horror Story anthology has tackled haunted houses and mental institutions. We’re not sure where Season 3 will be set.

Murphy revealed the show will shoot at multiple locations. This will be the first time the show moves away from a soundstage. We can expect New Orleans to be one of the backdrops for the season, which makes sense considering its rich history in voodoo and witchcraft.

“It’s a really cool story that we’ve been talking [about] for a couple years, and this seemed to be the year to do it,” said Murphy.

Sidibe can currently be seen on The Big C: Hereafter. This week marks the beginning of the end for the dramedy. The series, which centers on a woman’s (Laura Linney) battle with cancer, is entering its final season.