Jersey Shore actor Ronnie Ortiz-Magro has been hospitalized, and by all accounts is in extreme pain — though he’s still managing to tweet! 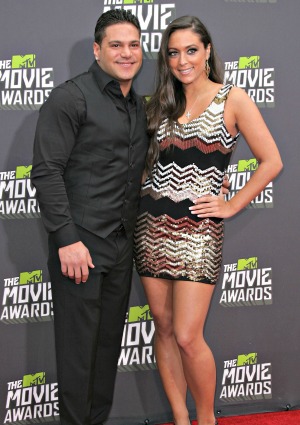 Jersey Shore star Ronnie Ortiz-Magro wouldn’t wish the kind of pain he’s been in on anyone, even his worst enemy! After being hospitalized with kidney stones over the weekend, the reality star updated his Twitter followers on his condition.

“Wouldn’t wish this feeling on anyone,” Ronnie Ortiz-Magro wrote Sunday, after announcing simply, “Hospital” the day before.

Responding to Twitter followers, the 27-year-old shared that he’s battling both a kidney stone and an infection, and that he’d “rather break a finger” than take this brutal brand of internal pain.

Sammi Sweetheart launches fitness line: “We’re all moving on with our lives” >>

A rep for the Jersey Shore actor stated to Us Weekly, “Ronnie was admitted to an Orlando area hospital late Saturday night… He’s in a lot of pain and is expected to remain there for several days.”

Sammi Giancola, seen here next to her beau at the 2013 MTV Movie Awards in mid-April, is reportedly by his bedside.

Ronnie Ortiz-Magro’s kidney pain grew so intense over the weekend that he was forced to cancel previously scheduled appearances promoting his new line of alcoholic drinks called Smush Cocktails. The four flavors currently available to imbibe include The Smushjito, Mojito; The Apple Smushtini, Martini; The Smushita, Margarita; and The Cosmush, Cosmopolitan.

Elaborating on the no-sugar, no-preservative beverages, he previously boasted to Celebuzz, “Women worry about their figure — ‘I can’t go out with you, I have to go to the gym on Monday.’ Screw that nonsense! Have a Smush, enjoy the weekend and enjoy yourself.”

Here’s hoping Ronnie Ortiz-Magro will soon be out of the hospital and able to do just that! 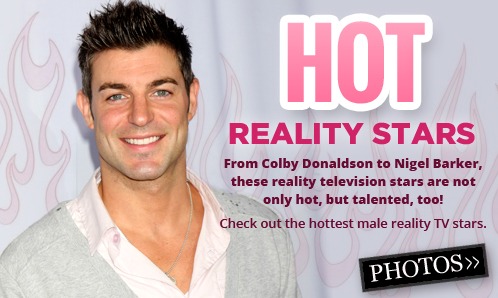