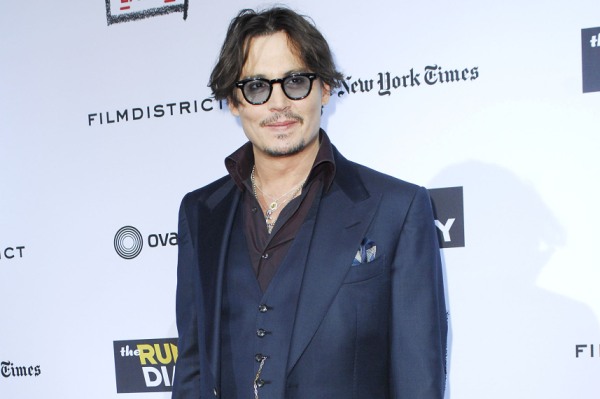 Johnny Depp is venturing into musical territory yet again!

The actor is circling the forthcoming film adaptation of the stage hit Into the Woods. Depp previously appeared in the 2007 musical Sweeney Todd: The Demon Barber of Fleet Street.

Christina Ricci is circling the thriller Unmasked. The indie is slated to be helmed by Geoffrey Sax. The actress has previously taken on a slew films with frightening premises, including The Addams Family, Sleepy Hollow and Cursed.

Mike Epps and Katt Williams are set to star in the action comedy Blazin Four. The indie, which could possibly be directed by John Luessenhop, is said to be in the vein of the classic western Blazing Saddles.

Thomas Dekker, Haley Bennett and Bob Morley have been cast in the indie drama The White City. Directed by Tanner King Barklow and Gil Kofman, the Tel Aviv-set film centers on a love triangle between three artists.

Music superstar Nicki Minaj has been tapped to appear in the forthcoming The Other Woman, alongside Cameron Diaz. Directed by Nick Cassavetes, the dark comedy also stars Game of Thrones star Nikolaj Coster-Waldau, Leslie Mann and Kate Upton.

Hugo Weaving, who’s best known for starring in high-profile franchises as The Matrix and Lord of the Rings, has signed on to star in the Australian crime drama The Mule. Since the script is written by Leigh Whannell, who wrote the Saw sequels, you can bet the film will have an eerie tone.

It’s a Disaster star Julia Stiles is set to join former Felicity star Scott Speedman for the horror flick Out of the Dark. Both actors have ventured into the horror genre before. In 2008, Stiles starred in The Omen remake while Speedman took on The Strangers in 2010.