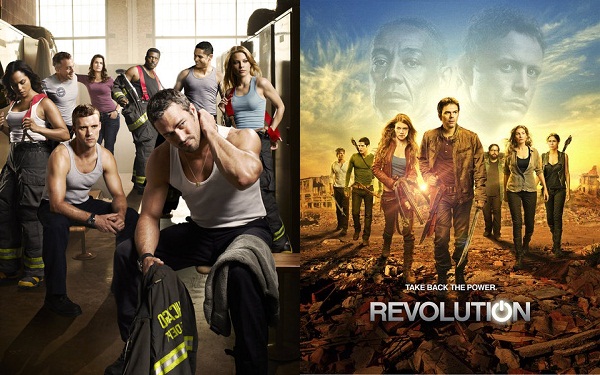 This just in: Chicago Fire, Parenthood, Grimm, Law & Order: SVU and Revolution were all officially picked up for new seasons.

Revolution and Chicago Fire both saw success during their first seasons and new fans will be happy to know they’ll both return for a second season.

NBC’s president Jennifer Salke had this to say when she made the official announcement:

On the verge of our 2013 fall scheduling decisions, we’re pleased to renew five drama series that will be important to our new season line-up. We’re proud and very appreciative of all of the actors, producers, writers and directors who work so hard to deliver such high-quality work week in and week out. These complex shows represent a broad range of genres and tones, and all of them stand out for us in a television landscape now filled with one-hour series. We’re especially pleased to be renewing Revolution and Chicago Fire — two first-season successes — and there will be more returning series announcements made in the next couple of weeks.

Fans of Parenthood are relieved to know it’s on the renewal list. The Facebook announcement of the show’s renewal already has tens of thousands of “Likes.” Each season of the show (based on the film from 1989) continues to grow more successful — this year saw an eight percent increase in year-to-year viewership. However, execs always hold out to renew it until later in the season. They seem to enjoy keeping Parenthood fans on their knees, praying for the Bravermans.

Meanwhile, Grimm has also been renewed. The show, which re-spins the Brothers Grimm’s best fairy tales and folklore into creepy, modern-day drama, saw a 12 percent growth from last season. Impressive. But where else can they go? We’re excited to find out!

Finally, Law & Order: Special Victims Unit once again continued to rake in viewers. The upcoming season will mark the fear-inducing show’s 15th season. Not everyone has the stomach for SVU, but those who do are devoted fans.

Want the latest on renewals and TV news? Join the newsletter! >>

Which of your favorite shows have you still waiting around for renewal announcements?