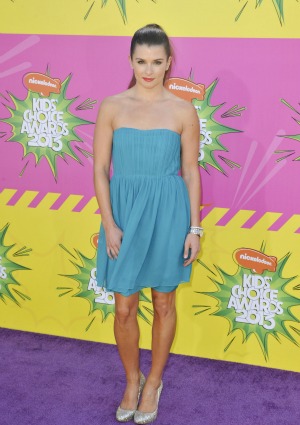 Danica Patrick is officially back on the singles’ track. The NASCAR driver and her ex-husband Paul Hospenthal finalized their divorce on April 17 after seven years of marriage.

The couple announced their split back in November. Patrick shared the news about the initial split with her fans on her Facebook page.

She wrote, “I am sad to inform my fans that after 7 years, Paul and I have decided to amicably end our marriage. This isn’t easy for either of us, but mutually it has come to this. He has been an important person and friend in my life and that’s how we will remain moving forward.”

According to E! News, the court documents submitted by Patrick found their union to be “irretrievably broken.” The couple also had a prenuptial agreement and any items acquired during the time they were married will be divided up later.

Even though 31-year-old is legally single, she’s taken up with fellow NASCAR driver Ricky Stenhouse Jr. The couple made it official after the Charlotte Motor Speedway media tour in February.

Danica Patrick is leading the drive to cure COPD >>

Patrick addressed the rumors and her new boyfriend to the Associated Press.

She shared, “I think that moving forward into the year, it’s a matter of do you say anything at all, or do you just carry on? As opposed to speculation and people making up their own stories or talking amongst themselves or us feeling uncomfortable walking into each other’s (motorhomes) moving forward, or around our teams or anything, it’s just easier to be up front and get it out of the way than to have any kind of awkward speculation.”

Her 25-year-old boyfriend also confirmed their coupledom, but he seems to want to maintain his privacy.

He also said to AP, “Yes, we are dating. I don’t normally say too much about my private life, always been focused on the track.”

As for their professional lives, everything remains status quo and they’ll continue to race against each other.

Stenhouse said, “It won’t affect how I race on the track. I want to go out and win, I race everyone hard.”

As for violating any company dating rules, NASCAR is okay with the relationship, too.

David Higdon of NASCAR marketing communications told the news organization, “This relationship in no way violates any rules or regulations of the sport, so we have zero concerns, particularly since we’re talking about two fiercely competitive individuals who both want to win NASCAR races and be the best at what they do.”

As of press time, Patrick is currently 25th in the Sprint Cup standings while Stenhouse is slightly ahead in 18th place. The next NASCAR race is this weekend in Richmond, Virginia.