Justin Timberlake just won even more female fans after he gushed about his marriage to Jessica Biel on The Ellen DeGeneres Show on Thursday. 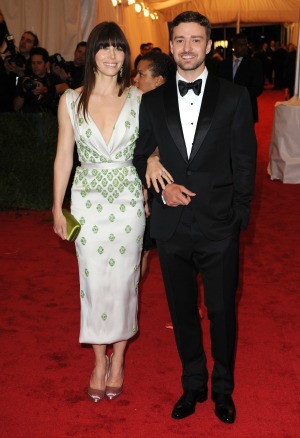 Justin Timberlake is the marrying kind. Just ask Jessica Biel. The “Suit & Tie” singer won a ton of husband points after he raved about his marriage to Biel on The Ellen DeGeneres Show on Thursday.

DeGeneres talked about Biel’s previous appearance when she revealed that she loved referring to Timberlake as “my husband.” When the talk show host asked Timberlake what his favorite thing about marriage was, he shared some sweet sentiments with the audience.

Timberlake said, “Every once in a while I could catch a glimpse of her when she doesn’t see me looking, and I have this moment where I’m like, ‘If you never do — if you never make a good decision, if you only made bad decisions for the rest of your life, you made one really good decision. ‘Cause she’s just like… she is, you know, it’s… it’s nice to marry your friend. It’s nice to marry your best friend. It suits me.”

He had the audience eating out of his hand after that as audible “awws” were heard throughout the studio. Even DeGeneres seemed captivated by his response.

The daytime host also had a wedding gift for the singer who got married only six months ago. Timberlake seemed excited by the prospect of a gift, which induced lots of laughter once the item was revealed.

DeGeneres had her staff bring out a huge framed photo of herself and Timberlake gazing into each other’s eyes from the last time he visited the show.

Timberlake quipped, “We don’t have anything over the bed yet, so there you go.”

We’re sure that’s exactly what Jessica was looking for in bedroom decor.