The funniest thing about the suit is that anyone would want to take credit for the allegedly searingly awful Perry movie Temptation. 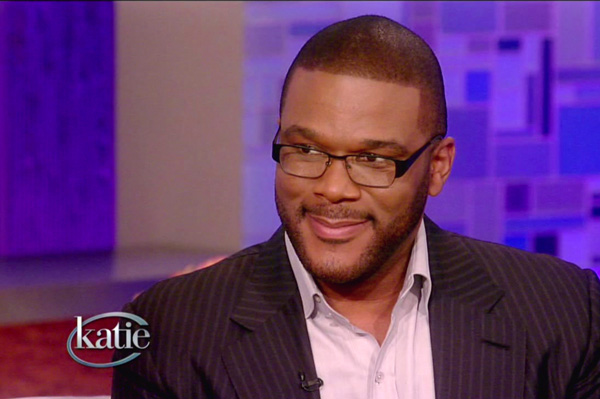 Temptation: Confessions of a Marriage Counselor, Tyler Perry’s latest movie, was called “an awful, awful film” and “beyond dumb” by critics, but one furious writer is still jealous enough to sue over what he says is a stolen plot.

Writer William James claims that the plot of Temptation is too similar to his 2009 screenplay, “Lovers Kill,” and is suing Tyler Perry and Lionsgate, the movie’s distributor.

TMZ says the suit is “light on details,” but does include the choice nugget that James’ script wasn’t even given directly to Perry. Instead, he gave it to an “associate” of Oprah Winfrey.

Dude, what? Oprah’s florist? Oprah’s dentist? You might as well put your script in a bottle and dump it in the Pacific Ocean. Wait, where does Tyler Perry live? Atlanta, right? Okay, dump it in the Chattahoochee River, then.

Also, didn’t we just go through this a few months ago with the writer who said Perry ripped off the ideas for his 2012 film Good Deeds from her book?

You can’t copyright or trademark ideas, people. You can’t steal them, because plenty of people have the exact same ideas. When you distill them down, both the Disney movie Aladdin and Victor Hugo’s classic novel Les Misérables are about the same thing: heroic thieves who rebel against the government. Yet are they the same? You tell me.

What you can copyright is your expression of an idea: a photograph instead of an idea for a photograph, the dialogue in a scene rather than the dramatic intent of it.

So in short, William James, your suit is likely to go exactly nowhere.

And why are you trying to take credit for a movie about which one critic said, “Never has a film so needed Tyler Perry in Madea drag or a pot of boiling grits hurled in someone’s face.” That really has nothing to do with anything, but it was too funny not to include.