Kathie Lee Gifford was so upset by the negative coverage her friend and co-worker Matt Lauer has garnered that she asked the whole Today cast and crew to sign a petition supporting him. 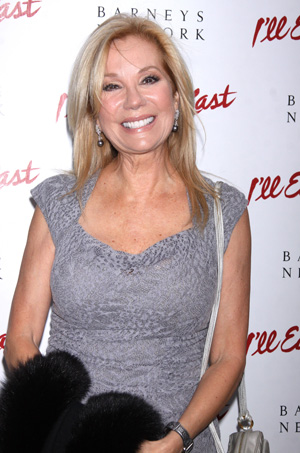 It’s good to have Kathie Lee Gifford on your side: The co-host of Today’s fourth hour was so disgusted to see her pal Matt Lauer dragged through the mud by tabloids that she decided to run a pro-Lauer full-page ad in USA Today.

“We the people of the ‘Today’ show who work side by side, day by day, year in and year out with Matt Lauer are tired of unfounded and unrelenting stories by faceless characters regarding his character and reputation,” Gifford’s letter read, according to the New York Daily News. “No one has coerced us to sign this. With our signatures we stand in support of our colleague and friend.”

She told the News that the use of “unnamed sources” in many of the stories was particularly galling, and that she believed Lauer was being scapegoated for Ann Curry’s ouster.

Kathie Lee is kicked off Broadway >>

“We read the same newspapers and saw all the media reports, and it was frustrating for all of us watching it day to day and feeling a little helpless,” Gifford told the News. “No one seemed to be interested in the truth, and that was really frustrating for me because I have a deep sense of injustice about things. I don’t like somebody taking credit for something they had nothing to do with and I certainly don’t like somebody taking blame for something that they’re not responsible for.”

Her open letter supporting Lauer won hundreds of signatures over the space of three weeks, including those of Today co-hosts Savannah Guthrie, Al Roker, Hoda Kotb and Willie Geist.

Each signature noted the job the signee holds, and how long he or she had worked with Lauer.

Ann Curry’s signature did not show up, but that’s not surprising, since Gifford says she hasn’t seen her since her controversial Today ouster, reportedly nicknamed “Operation Bambi” among show execs.

Gifford is, of course, no stranger to tabloid headlines, having been dinged in 1996 of using sweatshop labor for her Walmart clothing line. “It was one of the most awful chapters of my entire life,” Gifford said. “But you get through it.”