SheKnows correspondent Whitney English chats with The Big Wedding’s Katherine Heigl and Ben Barnes about their own families and gets the scoop on Heigl’s personal wedding catastrophe. 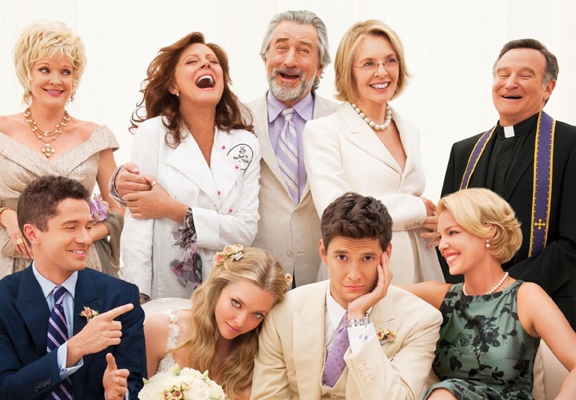 Katherine Heigl and Ben Barnes play a brother and sister with a very dysfunctional family in the romantic comedy The Big Wedding.

But the two actors say their own families are a lot tamer.

“I’m pretty lucky with my family,” Barnes told SheKnows when we chatted at the film’s press day in Los Angeles. “My mom and dad are pretty special, pretty perfect. I definitely aspire to be like them in every way. They are a nice example for me to never be able to live up to… ever!”


As for Heigl, she can relate to things going awry at a wedding. In the film, Barnes’ character ends up eloping after his parents cause a major dramatic scene before the ceremony. While Heigl’s experience wasn’t as chaotic, it was certainly unexpected.

“We got married up in Utah,” Katherine told us of her 2007 nuptials to singer/hubby Josh Kelley. “Two days before the wedding, Josh had to go skiing. And he hadn’t skied in years. I said, ‘I don’t think you should ski,’ and he said, ‘No, I’m a good skier — I’ll be fine.’ That day, of course, he broke his nose going over a jump because he was showing off! I was like, ‘I told you so!'”

Barnes though, seemed to think Katherine should have known better…

“He’s a rockstar,” Barnes laughed. “What do you expect?”

Luckily, it appears that everything else went according to plan, as the two are still happily married with two adorable daughters.

Be sure to catch Katherine Heigl and Ben Barnes in The Big Wedding, in theaters today!