Funnyman and award-winning writer Jim Rash discusses the latest episode of Community and writing for a show he’s a real fan of. 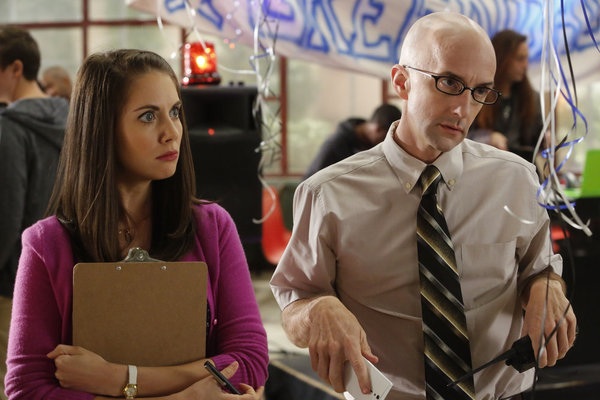 Jim Rash is awesome. You may know him best as the flamboyant Dean Pelton on Community, but his list of credits go far beyond TV. He’s been a part of the renowned comedy group, The Groundlings, for 12 years and recently took home an Oscar for writing the screenplay for The Descendants. Tonight you’ll get a taste of his unique brand of comedy and writing style: “Basic Human Anatomy” is an episode he wrote for Community.

SheKnows had the privilege of speaking with the award-winning writer about the upcoming episode and what it’s like to be a writer for a show with such a cult following.

“They’re all fun to write for,” Jim said of his cast mates and their characters, “It’s always fun to write Jeff Winger’s stuff. Because, you know, he pretty much hates everything.” Ah yes it’s one of Jeff’s most beloved qualities.

Jim had an extra challenge on his hands because on tonight’s episode Abed and Troy have a Freaky Friday moment and switch bodies. “I had so much fun because I knew that Donald was going to be playing Abed. It was fun just to write what Abed’s thought process is… and obviously to write Troyisms is fun as well.”

Sure, it’s fun to write for your friends, but what’s it like to write for your own character? “It’s certainly always been a dream to write for myself, for my voice. And although The Dean is a character that is not like me, but it’s something I have incorporated a lot of my own mannerisms into over the last four years. And then of course I took my shirt off. So, that’s sort of gross too.”

The folks behind Community obviously recognized Jim’s talent (maybe it was the Oscar that gave it away?) and invited him to write an episode before the season even started. “It was sort of a dream come true to be able to write on a show that obviously I’ve been a part of, but more importantly have a fan of.”

Jim also let us in on a major event that will take place on tonight’s episode. We just can’t tell you! You’ll have to watch and see how relationships change at Greendale tonight on NBC.