Sylvester Stallone and family are mourning the loss of beloved dog Phoebe after the pet was found dead on their property, the victim of an apparent coyote attack. 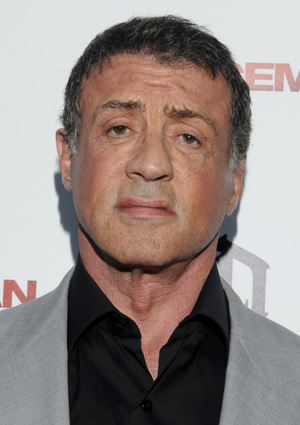 RIP, Phoebe. That’s what Sylvester Stallone and his family must be thinking today, as they mourn the death of their family dog, Phoebe, mere months after the tragic death of son Sage Stallone.

TMZ has the details: Apparently, the pup went missing a few weeks ago. The Stallone family went looking for her all around their Bel Air neighborhood, and even put up posters that offered a $10,000 reward for anyone who brought her home.

Five figures of love? Phoebe must have been one nice dog.

Sage Stallone, son of Sylvester, found dead in his home >>

It turned out poor Phoebe was home all the time: Her body was found on the Stallone property, apparently killed by a coyote.

It may sound strange to talk about wild animal attacks in a suburb of a big city like Los Angeles, but coyotes are pretty common in Southern California, and Bel Air borders on a large area of parkland. The coyotes have no problem living in the parks and frequently snatch small dogs and cats from homeowners.

In fact, Jessica Simpson was the victim of a coyote attack in 2009. Her dog, Daisy, which Nick Lachey gave her as a present, was snatched right in front of her.

Simpson posted a missing dog poster featuring the “carmel [sic] colored” malti-poo on her Twitter page along with the tweet, “My heart is broken because a coyote took my precious Daisy right in front of our eyes. HORROR! We are searching. Hoping. Please help!”

“Daisy meant the world to me,” Simpson told Usmagazine.com. “I hold her memory very, very close. It was an unfortunate thing what happened. That I don’t have her every day… It’s a very hard thing to talk about.”

Simpson said that she was in her own backyard in Los Angeles when a coyote appeared and dragged Daisy away. Simpson went so far as to hire professional pet-finding company FindToto.com, but had no luck.