Gwyneth Paltrow has just received People magazine’s distinguished “World’s Most Beautiful Woman” title. Some are saying, “Yeah, I get that,” while others are rolling their eyes and muttering, “WTF?” For a woman whose celebrity status is more or less scandal-free, people sure love to hate on her. Here, we reveal the real reason people don’t always love Gwyneth Paltrow… 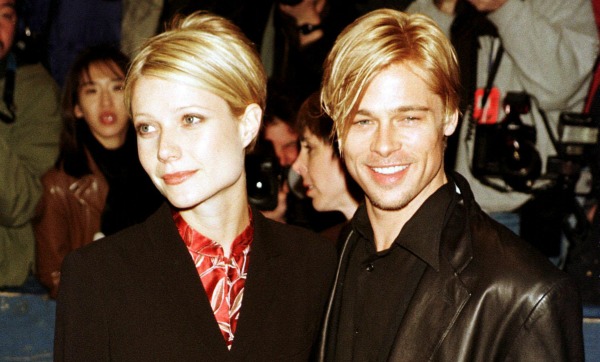 She was engaged to Brad Pitt…

…back when we were crushin’ on him in a huge way. Soon after we fell in love with Pitt’s Legends of the Fall character Tristan (a time where we may or may not have formed an unhealthy obsession with that movie and Pitt), he was pictured everywhere with the previously unknown Gwyneth. Hollywood insiders may have known who the daughter of Bruce Paltrow and Blythe Danner was, but we didn’t. And we didn’t care. All we cared about was why was she hanging off our boyfriend and why was he calling her “his angel” at the 1996 Golden Globes? Yes, we didn’t care for that at all. And thus was born a smoldering irritation that would only grow in intensity as Gwyneth’s career grew. 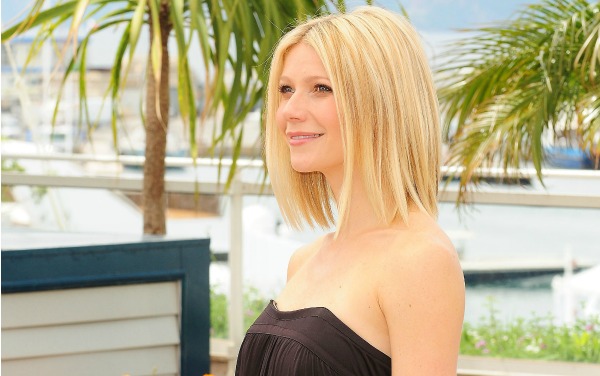 Gwyneth has this wicked annoying way of making every hairstyle look amazing. Have you noticed? She looks amazing when it’s long and straight. She rocks the shoulder-length waves. She was one of about six women nationwide who could pull off the Victoria Beckham bob. We’d argue she may have pulled it off better than Victoria! How about when she chopped off all her hair when she was with Brad Pitt? They had matching hairstyles for awhile! Who does that? But then she had to push all of us over the edge when she made dark roots fashionable! All of us are running to the salon every few weeks, forking over piles of cash to avoid the trashy landing strip atop our heads, and Gwyneth made it fashionable? She’s also made small breasts fashionable! How did she do that? Is she some sort of superhero? That’s just annoying.

What goofy thing will Gwyneth say next? Subscribe to our newsletter and find out!

She gets live music whenever she wants

First Gwyneth had to annoy us by coupling her award-winning acting ability with musical ability! Maybe we were hoping just a teeny tiny bit that she would suck at singing in the movie Country Strong. But no. She was frickin’ awesome! We were trying to not have her be on our last nerve because she is married to Coldplay front man Chris Martin and can listen to a live version of Clocks anytime she wants! Where is the justice? “Oh, I beg. I beg and plead.” For those of us who don’t get to live with Chris Martin: 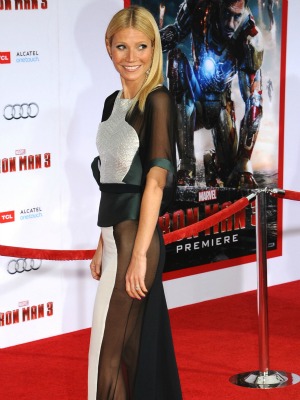 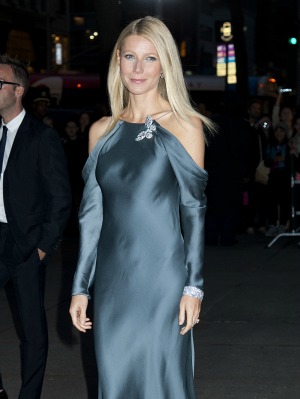 She takes fashion risks… and wins

How many times have you seen Gwyneth in a designer dud on the red carpet that would make anyone else look completely ridiculous, and she’s wearing it as if she were a walking manikin? Check out this half-sheer, half-Geisha number she strolled down the red carpet in at the L.A. premiere of Iron Man 3. What the hell? How do you think the average 40-year-old, mother-of-two would look in that dress? I can see my cellulite oozing out the sides of that thing from here!

Now let’s shift gears to the satin-ish blue dress. Lord love a duck. If most of us squeezed into that thing it would look like a hog wrestling match at the county fair was taking place under it. (In fairness, Gwyneth is willing to do what many of are not to look like that, like eat well and exercise).

Gwyneth Paltrow tries to lighten up about her diet >>

So for now, the beautiful, talented Gwyneth Paltrow will remain the girl we love to hate. Nah, we don’t hate her. We just want to sing, act, and look like her! 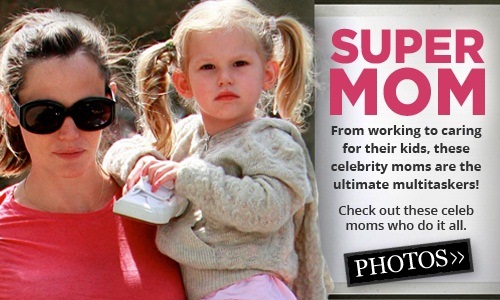