Keeping up with the flood of new releases every month can be difficult. Readers need someone to sift through all of the noise to help them find the best new reads. That’s where the SheKnows Book Lounge can help, giving you some of our top picks for new books. Here are the red-hot releases for May. 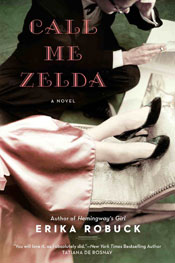 With The Great Gatsby hitting theaters May 10, Zelda Fitzgerald fever is sweeping the book world. Earlier this year, Therese Anne Fowler’s Z followed Zelda throughout her years with Scott. Now Erika Robuck’s Call Me Zelda picks up very nearly where Z left off. Robuck examines Zelda’s time in a Baltimore psychiatric hospital and the friendship she carries on with her nurse, Anna Howard, during her periods of lucidity. If you’re even contemplating seeing Baz Luhrmann’s take on Gatsby, you will definitely want to pick up one of these books about the incomparable Zelda Fitzgerald. 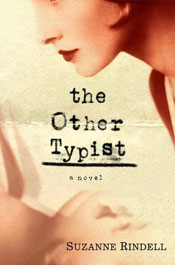 The Other Typist
Suzanne Rindell

Set in Prohibition-era New York, The Other Typist is the story of Rose Baker, a typist in a police station who was raised in an orphanage. When the station hires a new girl, Odalie, Rose’s world is turned upside down by her fascination with the girl. Nobody is quite sure what to make of Odalie; the rumors about her in the station run rampant. The more Rose becomes involved in Odalie’s life, the less it seems that she knows about her new friend. Susanne Rindell’s engrossing novel is full of delicious twists and turns that leave the reader guessing and begging for more. 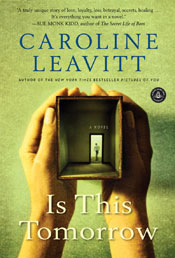 Is This Tomorrow
Caroline Leavitt

In Is This Tomorrow, Caroline Leavitt’s 10th novel, the author explores the darker side of 1950s suburban Boston. Ava Lark is a divorced Jewish working mother who just doesn’t quite fit in with her somewhat paranoid Cold War–era neighbors. Her son, Lewis, wants only to be normal and to have a father of his own, and he compensates by spending time with other fatherless children. When one of Lewis’ friends goes missing, the shunning of Lewis and his mother reaches a fever pitch. At the heart of Is This Tomorrow is the question of whether telling the truth is always the best policy or whether some secrets should stay secret. 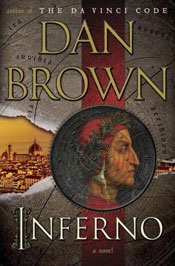 Dan Brown fans can rejoice, because he has a new Robert Langdon book coming this month. This is his first book since The Lost Symbol was published almost three years ago. Brown’s publisher is playing this one pretty close to the chest until the release date, so we don’t have many details yet. We do know, however, that Brown has Langdon returning to Italy for a new adventure based on what is perhaps the most famous work of Italian literature, Dante’s Inferno.

Your guide to getaways in northern Italy >> 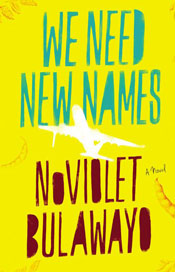 In the tradition of authors like Monica Ali and Zadie Smith, We Need New Names is a stunningly powerful debut novel about Darling, a young girl in Zimbabwe trying to survive however she can.

Everyone Darling knows dreams of life before the paramilitary police came through, but most of them have no way to escape. Darling does, however. She travels to America to live with her aunt, only to find that life as an immigrant offers her far fewer opportunities than she had dreamed.

What May release are you most looking forward to?

Lounging around with Sarah Pekkanen
RED HOT BOOK OF THE WEEK: The Hope Factory by Lavanya Sankaran
Got a green thumb? Great gardening fiction