It has been over 50 years since the musical was made into a film. But it looks like one lucky studio may have done the impossible and is hoping to bring some big star power to the new film. 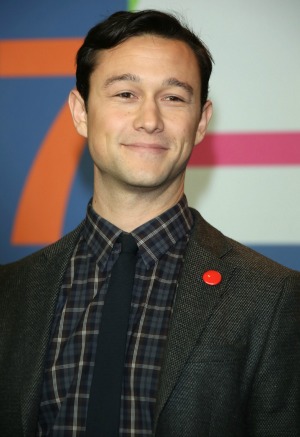 After years of studios attempting to secure the rights to Guys and Dolls, Twentieth Century Fox has finally done it.

Movies adapted from musicals tend to be very hit and miss. But with the right casting, the film is likely to be a success.

“While we are all waiting for the eventual movie adaptation of stage hits like Wicked and The Book Of Mormon, I don’t think I’ve ever seen a musical adaptation get the kind of rise out of movie stars that Guys And Dolls has each time a movie deal was rumored,” said Mike Fleming Jr. with Yahoo.

“Years ago, it looked like Harvey Weinstein was getting the rights, with his Chicago exec producers Craig Zadan and Neil Meron producing the film. Thesps from Russell Crowe to Vin Diesel, Hugh Jackman and others all tossed their hats into the ring to play the leads. Trouble was, Jo Loesser, the widow of songwriter Frank Loesser, never found a deal to her liking and declined to sign over the rights. Until just recently.”

Who is more dateable: Channing Tatum or Joseph Gordon-Levitt? >>

The musical was first staged in 1950 and won the Tony Award for Best Musical the following year. It was turned into a film in 1955, starring Frank Sinatra and Marlon Brando.

Those are four big shoes to fill, but Fox thinks they know who can do the task. According to Fleming, Joseph Gordon-Levitt and Channing Tatum are interested in the roles. The two actors showed their dancing chops in Seth MacFarlane‘s intro at the Oscars, and Gordon-Levitt did a musical number in 500 Days of Summer (don’t get us started on Tatum’s dancing skills in Magic Mike).

“Fox’s intention to go young is intriguing, and while there is no deal with either guy and there won’t be one until a script and filmmaker are in place, Tatum and Gordon-Levitt are about the two hottest young guys out there,” Fleming said.

Was Charlize Theron duped into her Oscar performance? >>

Only time will tell, but no matter who Fox ends up choosing, the film will likely be a success with audiences of all ages.