On Tuesday night, a plot to remove Mariah Carey from the American Idol judges’ table was revealed by The Hollywood Reporter. Is the rumor true that Fox executives want Jennifer Lopez back? 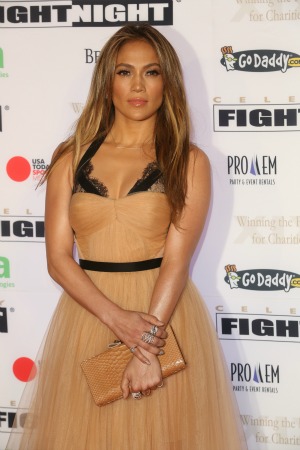 Call it the battle of the pop divas, but it’s bound to get ugly if the rumor is true. On Tuesday night, The Hollywood Reporter exclusively revealed that Jennifer Lopez was asked by Fox network executives to return to the American Idol judges’ table for the rest of the season.

The entertainment site reported that a plan was hatched to have Lopez replace Mariah Carey due to the soft ratings the talent competition show has seen this season. JLo spent two seasons alongside Randy Jackson and Steven Tyler, but she didn’t return for Season 12.

The whole plot was apparently thwarted by Carey’s team, who threatened litigation if the idea was carried out. The source also shared that executives behind the scenes are already looking to replace the “Hero” singer and perhaps the rest of the panel, including Nicki Minaj, Jackson and Keith Urban.

Fox released a statement that denies any existence of a scheme to retool the judges’ table before the end of the season.

They said, “This is just another ridiculous Idol judge rumor, likely started by talks of Jennifer performing on the finale.”

Nigel Lythgoe, another producer on the show, did speak to THR and said, “I have not been included in any conversation regarding replacing Mariah with Jen this season.”

So was Lythgoe’s statement an admission that there might have been talks to get rid of the Grammy winner?

What is known is that Lopez will make a return appearance as a performer on the May 16 finale. The other bleak fact is that the ratings have taken a beating each week, with the lowest ratings since Season 1 in 2002.

Other thorns in AI‘s side include the fact that the current season of NBC’s The Voice, with new judges Shakira and Usher, has seen a steady climb in the ratings while a repeat of CBS’ The Big Bang Theory beat a fresh episode of AI.

Clearly, the heated rivalry between Carey and Minaj was not enough to keep viewers interested this season.