Fans are furious over People magazine’s “Most Beautiful” cover choice: Gwyneth Paltrow. Experts say Paltrow irritates the public with her elitist lifestyle, and the timing of the cover couldn’t be more obvious. 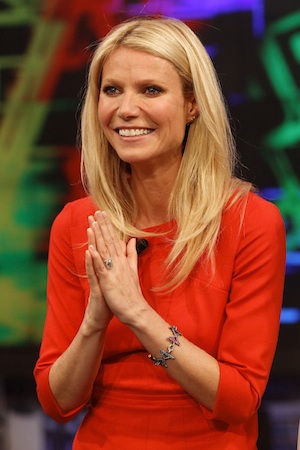 Ouch. Gwyneth Paltrow might be reeling from her People magazine honor. Nothing stings like landing the coveted “Most Beautiful Woman” cover only to find that the majority of Americans — 74 percent, to be exact — think it was a bogus choice.

Yahoo! writes that Gwyneth Paltrow faces severe backlash from entertainment lovers across the country — over 34,000 people voted in just a few hours with a resounding “no” on if Paltrow’s People magazine’s “Most Beautiful Woman” honor was justified. The reason why the majority of people dislike Paltrow as the cover choice? Experts say it’s because Gwyneth Paltrow is not relatable to the average person and the timing of her cover is suspiciously close to the release of her new movie, Iron Man 3.

Gwyneth Paltrow gets into the bikini business for little girls >>

Nina Parker, who writes for Omg!, says Paltrow is technically beautiful but people balk at the idea of her gracing People magazine’s “Most Beautiful” issue since she’s lives such a glamorous life.

“It’s not that people dislike Gwyneth, it’s just that they don’t relate to her. A lot of what she does comes across as strange to people living outside of Hollywood — that’s why so many people love a girl like Jennifer Lawrence because they know women like her. While Gwyneth is beautiful — people in general haven’t loved the idea of her gracing the cover.”

Parker makes a valid point. Paltrow lives a very expensive lifestyle which could be perceived as shallow and high maintenance — a turn-off for most entertainment consumers. Despite People‘s attempt to show Gwyneth Paltrow’s casual side — she wears jeans and a T-shirt around the house with minimal makeup — readers aren’t buying it.

Gwyneth Paltrow tries to lighten up about her diet >>

Well-known entertainment commentator @buckhollywood (Michael Buckley) was quoted as saying the perception of Paltrow suffers because she’s viewed both as an elitist and she lives abroad, in London.

Fans also picked up on the fact that Gwyneth Paltrow’s People cover came out just a few weeks before the wide release of her latest film, Iron Man 3. Yahoo! writes, “The public is savvy to such things, making People‘s choice appear quite transparent. The top comment on Omg!’s article about Paltrow gracing the cover was from Moonlightlover, who wrote, ‘Funny how she gets the cover about a week before Iron Man 3 opens.'”

Do you think Gwyneth Paltrow deserves the backlash over People‘s choice?